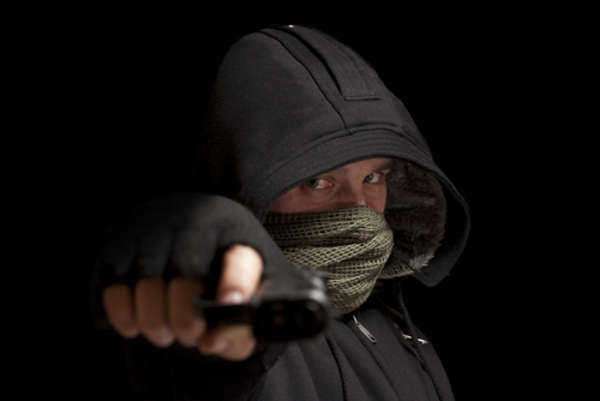 There have been many famous bank robberies and some have never been solved. The largest bank robbery in history is said to be the robbery of the Central Bank of Iraq in 2003. However, some of that money was eventually recovered in the walls of Saddam Hussein's palace.  Surprisingly, no one was injured during that robbery, as bank employees complied with the demands allegedly made by Saddam Hussein. In addition, the Bank of America robbery of 1998, involved no violence and relied on a simple plan of action.
Yet, it was still considered an armed robbery, as the perpetrators carried guns and likely would have used them if necessary. However, some bank robberies are notorious due to the amount of violence perpetrated by the suspects involved. The Security Pacific Bank robbery resulted in a lengthy and violent shootout between law enforcement and the suspects. Several deaths and numerous injuries resulted.
Some bank robberies gain notoriety because of the copious amounts of cash that thieves manage to carry away. Bank robberies like the one that took place at the Central Bank of Iraq, result in large amounts of cash being stolen without any person suffering injury. Clearly, the employees at the bank were afraid for their lives and complied with the demands of Hussein's son out of fear that likely resulted from intimidation.
Other bank robberies are remembered for their intricate and detailed plans which required intense and careful thought. Some robberies take years of planning and often, perpetrators think they have everything covered. However, robbers cannot take human nature and responses into account when considering intervening factors. In the case of the Security Pacific bank, the suspects did not anticipate being noticed before they could complete their plan. The intervening factor of the witness, was one that resulted in a shootout that killed three people and injured countless others.
Bank robbers sometimes take copious amounts of time to plan every single detail of bank robberies, and others simply act without thinking anything through. In either case, the suspects are likely to be apprehended as bank robbers are caught at a higher rate then perpetrators of most crimes.  Most famous bank robberies, are famous due to the amount of money stolen.
Even in those cases, the suspects were usually apprehended shortly after committing the crime. Success is measured by law enforcement according to many factors. First, they are not successful in their efforts if any suspect manages to escape the bank with loot in hand. Second, they hope to apprehend the perpetrators without causing any injuries or deaths. Their most important goal is to prevent bank robberies and apprehend any suspect that is successful in robbing a bank.

The Infamy of Bank Robbers

The Bank of America Robbery of 1998