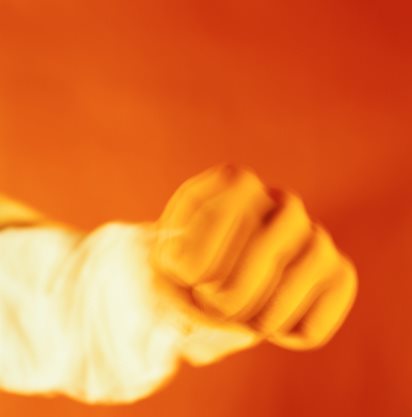 What is Assault?
Assault is a legal infraction that is recognized by all 50 states in the United States. The term ‘assault’ encompasses a threatened or attempted physical attack against an individual by a person who appears to have the ability to cause bodily harm.
In order to be classified as assault, the threat must create a sense of apprehension or fear for the victim. The action, meaning the physical attack that causes violence, is known as battery, while the threat of immediate harmful contact is referred to as assault.
A common example of assault is if someone is holding a gun and says, “I’m going to shoot you.” Although this action did not directly cause harm or physical damage to the victim, the presence of the threat of damage is enough to be classified as assault. In contrast, if the intimidating party says, “I’m going to get a gun, find out where you’re hiding, and then shoot you,”  the threat is not classified as an assault because the action is not immediate.
Assault is held in sharp contrast to an aggravated assault which is considered the more series offense. An aggravated assault is a more violent and serious threat. An aggravated assault is typically made with a deadly weapon or with a clear intent to cause harm to the victim. Although the two are similar, examples or hypothetical situations can elucidate more clearly upon the definitions.
For example, if someone was holding a stick and threatened another, the ensuing charge resembles assault, but if the assailant, holding the same stick threatens to murder the victim, an aggravated assault charge is present.
Aggravated assault is somewhat of a confusing charge because not all jurisdictions or states have adopted this term. That being said, all states will punish an individual more severely if the assault was more severe or was attached to the presence of a firearm or deadly weapon. The particular codes and statutes for both assault and aggravated assault charges will vary based on the location in which the infraction occurred.
What to do if you are charged with Assault?
As stated before, states and jurisdictions possess interpretative differences for what constitutes an assault or an aggravated assault. Although these differences may confuse or cloud an individual case, it is strongly suggested that those accused of the crime hire a legal professional to facilitate their court case.
The penalties attached to an assault or aggravated assault will vary based on the severity of the threat and the presence of a deadly weapon. Typically cases where assault is present encompass an action which precipitates a bodily injury. As a result of this, an assault charge is usually added on to a battery charge or another violent crime charge.

The Purpose of a Criminal Defense

What are Juvenile Crimes?