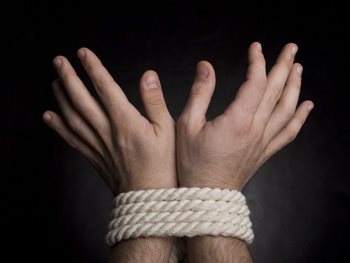 What is Harassment?
Harassment is a claim brought forth by an individual who contends that they were the victim of unsolicited, unwelcomed, uninvited, offensive, and inappropriate advances or speech considered to be intrusive or threatening in nature. A wide range of harassment allegations exist. Harassment can take place in any social or interpersonal setting.
Harassment vs. Jest
A common theme in harassment lawsuits is the defense that the individual accused was joking upon allegedly harassing the victim. In many cases, the accused has maintained that they acted in jest and devoid of any malice aforethought. As a result, a harassment prosecution must be constructed upon proving an intent to harm latent in the actions themselves.
Harassment Offense Profile
1. Legal Jurisdiction: Criminal Law, Employment Law, Personal Injury
2. Type of Crime: Misdemeanor or Felony – varies upon the nature of the crime
3. Criminal Code: Varies upon the location of the crime, including the applicable country, nation, state, or province
4. Range of Punishment(s): Fines, probation, associated penalties, or incarceration – varies upon case details
5. Duration of Punishment(s): Varies upon case details
6. Applicable Punishment(s): Varies upon individual intent, criminal record, criminal history, and the victim(s) involved. Those accused of harassment in a workplace environment, harassment of a sexual nature, harassment of a minor, violent threats, or harassment that has been ongoing can retain severe punishments in the event of a guilty verdict. Restraining orders prohibiting the accused from being near the victim are not uncommon in harassment settlements.
Harassment Allegations: Terminology and Associated Offenses
The following are commonly associated with charges of harassment:
A. Restraining Order: A legal document that prevents one individual from being within an expressed vicinity of another individual. The violation of a restraining order can result in legal or punitive restitution.
B. Intent: Intent is legally defined as the intended result for which one hopes as a result of any individual actions or activity. In the event of a harassment charge, the prosecuting attorney is responsible to prove the suspect acted knowingly and deliberately in their respective actions in order to cause harm to the victim(s) involved. Typically, the verdict in a harassment lawsuit is contingent upon proving intent.
C. Threat: An expressed statement –through words or text – illustrating potential, contingent, or implied action with regard to the recipient of the threat. Death threats, extortion, blackmail, and ransom notes are examples of threats implying harm or damage.
D. Sexual Harassment: The unwelcomed sexual advance through speech, implication, text, suggestion, or simulation targeted to an individual with regard to their respective gender. Sexual harassment can be inappropriate, in jest, or threatening to its victim. Sexual harassment can result in fear, trauma, physical, or psychological injury.
E. Workplace: A place of employment in which the commercial entity or business establishes a decorum and code of behavior which must be adhered to by all personnel.
F. Stalking: A prolonged, intrusive method of harassment with obsessive, methodological, threatening, or sociopathic tendencies.
G. Decorum: An established code of behavior.
H. Online Harassment: Behavior conducted over the internet or through a computational network that is harassing, threatening, vulgar, offensive, or unlawful in nature.
The Harassment Arrest Process
In the event that the prospect exists in which an individual is at risk for or has been arrested as a result of a harassment charge, it is of the utmost importance that they are aware and mindful of the basic legality associated with the criminal justice system. Individuals who have been served documentation in the form of an arrest warrant displaying a harassment charge, or have been arrested by law enforcement, are encouraged to cooperate with the arresting officers regardless of personal belief with regard to the charges.
Individuals under arrest will be given the opportunity to consult with legal specialists subsequent to the arrest process. Resisting or fleeing from a harassment arrest can result in harm, injury, and additional penalties:
Habeas Corpus with regard to a Harassment Charge
Subsequent to an arrest resulting from a harassment charge, the notion of habeas corpus entitles all individuals to the right to a trial in a court of law. In addition, each individual is granted the right to legal representation. Pertinent details regarding any harassment allegation should be discussed with a defense attorney specializing in criminal law, employment law, and defense.
Miranda Rights
Upon the arrest for a harassment charge, this is the standard arrest protocol that must be upheld by any and all arresting officers. Miranda Rights include the Fifth Amendment, which states that an individual retains the right to remain silent in order to avoid incriminating themselves. This is also known as ‘pleading the Fifth’. The acknowledgement that the individual arrested for the harassment charge understands the aforementioned rights.