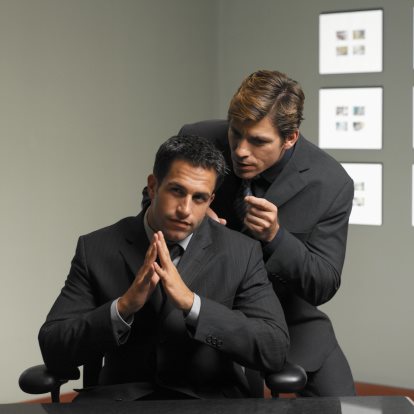 What is Conspiracy?
In reference to United States criminal law, a charge of conspiracy constitutes an agreement between two or more parties to break the law at some point in the future, and, in the majority of cases, with at least one overt act to initiate the agreement.
Conspiracy charges are somewhat confusing, but in general the act of conspiring with another person to commit a crime will give way to a conspiracy charge. There is no limit on the number of participating individuals, and in the majority of legal frameworks, there is no requirement for any steps to be taken to put the plan into effect.
In the United States, any agreement made between two or more people to commit a crime or to accomplish a goal through illegal actions will result in a conspiracy charge. For example, two individuals who come together and develop a plan to rob a bank will be found guilty of conspiracy if convicted. The critical variable associated with a conspiracy charge is the presence of a plan that includes an illegal act and the agreement to execute that plan. Through this explanation the definition of conspiracy becomes easier to understand. Conspiracy is thus a formal accusation that two or more people agree to work together to accomplish an illegal goal or to use illegal actions to further a legal goal.
A conspiracy charge, similar to other criminal charges, does not definitely mean that the accused is guilty. All individuals in the United States, regardless of the crime committed, are entitled to a fair trial which will observe and evaluate all the pertinent facts of the case.
What to do if you are charged with Conspiracy?
Conspiracy charges can be criminal or civil in nature. A criminal conspiracy charge constitutes a charge filed by the Government against the defending parties who are believed to have broken the law. The defending party, in this situation, will be tried in court with evidence presented by the Government as well as their legal team to provide information which will be used to determine whether or not the charge is valid. Criminal conspiracy charges are attached with hefty fines and jail time.
People who experience damage as a result of a conspiracy can file a civil suit. These suits will attempt to collect the wages or monetary sum lost through the conspirators’ fraudulent actions.
Conspiracy charges are interpreted based on State law. The fluctuations in interpretations will necessitate the inclusion of a lawyer or legal professional who is well-versed in conspiracy law. Since conspiracy cases will vary based on a case-by-case basis, it is essential to hire a legal professional to facilitate the suit and aid in delivering a favorable settlement.

Domestic Abuse: What Should I Do?