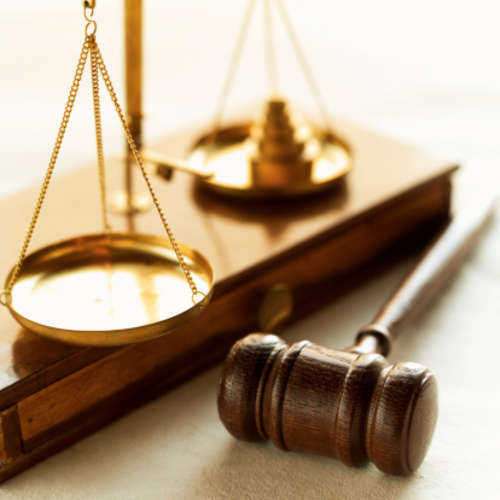 The right to counsel is established in the Sixth Amendment of the Constitution and ensures that all persons accused of a crime, regard of income, is entitled to legal representation.  Those who cannot afford a lawyer will have a public defender appointed to work on their behalf.  The quality of the legal representation is not addressed in right of counsel provision, thus imperiling a suspect with inadequate legal representation.
Why do I have a Right to Counsel?
The protection against self-incrimination has a somewhat ambiguous application, with law enforcement allowed to waive your protection automatically if you make statements after you have been informed of your Miranda rights.  Law enforcement is even allowed to make false statements and engage in other forms of trickery to coax an incriminating statement out of the suspect.  These statements can be used in a court of law or used to influence the jury to think in a certain way about the defendant.  The right to counsel exists to protect against unfair police interrogations and prevent clients from self-incrimination.
What is the legal history of the right to counsel?
Prior to the 1963 case of Gideon v Wainwright, the right to counsel was interpreted as providing legal aid for those involved in serious and capital offenses.  Gideon, who was accused of larceny, could not afford a lawyer and was told he state of Florida that he could only have a public defender in capital punishment cases.  Gideon served as his own legal representation and was sentenced to five years in prison.  The Supreme Court heard in the case in 1963 and determined that the selective interpretation of the sixth amendment was unconstitutional and the right to counsel was a critical component to ensuring a fair trial for the defendant.  In a subsequent trial, Gideon was allowed legal counsel who proved that the testimony used to convict Gideon was faulty, thus exonerating him.
A subsequent case, Maryland v. Shatzer found that the right to counsel would need to be invoked again if the suspect reentered police custody 2 weeks after being released.  This case derived from the questioning of Shatzer on child molestation charges that had an attorney for the first interrogation but lacked legal counsel three years later upon reopening the case and made incriminating statements that implicated him in the molestation charges.
What is a public defender?
After Gideon v Wainwright case, a formalized system of public defenders came into practice to give indigent suspects legal representation.  The lawyers are considered government employees.  There are also legal aid and legal defense associations that rely on public funds to represent clients at low cost or pro bono.
A chief public defender is elected to office in some jurisdictions and appointed in others.  Public defender offices generally employ a staff of clerical personnel, investigators, social workers and other relevant persons to assist with defending indigent clients.  In many jurisdictions, public defenders handle a large caseload and are often unfamiliar with their clients, only serving as competent yet generalized legal representation.

A General Guide to Criminal Laws

What Happens When You Assault a Minor?