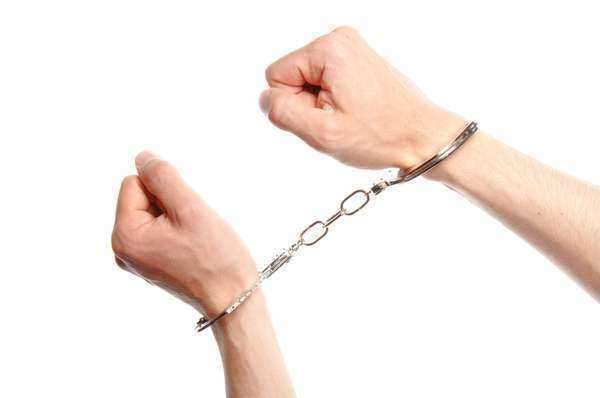 The Miranda rights are a series of legal protections afforded to those that are accused of a crime.  These rights are present in the constitution but were clarified in the 1966 case of Miranda v. Arizona. Statements made by the accused before being informed of their rights are generally in admissible in court, except in certain cases.  Some physical evidence, such as blood alcohol testing will be admissible, even if it is taken before the suspect is informed on their Miranda rights.  Individuals in police custody need not be informed of their Miranda rights until they are actually accused of a crime.  Suspects that do not speak English or have limited English ability must be provided with a translated version of their Miranda rights.
What were the circumstances of Miranda v. Arizona?
Ernesto Arturo Miranda signed a confession provided to him by the police that states that he was guilty of rape and kidnapping and was confessing on his own free will.  He was not informed of his right to legal counsel and statements he had made to the police were construed as a confession, which was used at trial to sentence him to jail for 25 – 30 years.  The case eventually made its way to the Supreme Court where the majority ruled that police custodial confessions such as the one made by Miranda were coercive in nature and that accused needs to be informed of their rights before interacting with the police.
What are the Miranda rights?
Right against self-incrimination –
When in police custody and charged with a crime, the suspect is obligated to do two things.  The suspect must provide identification and must state his or her name.  The suspect must also comply with all DNA or blood testing in addition to fingerprinting.  You do not want to obstruct the investigation or impede police work.  Anything else, especially statements, must be made with the presence of an attorney.
One will incriminate themselves when they make a seemingly innocuous statement to the police.  For instance, making a statement signaling dislike for the victim but otherwise denying involvement in the crime will be enough admissible evidence to establish motive when the case goes to trial.  The police detective will testify to earing you say that you “did not like the defendant.”  Full or partial statements made in police custody after being issued a Miranda warning can, and will be used against you in a court of law.
The protection against self-incrimination is in the Fifth Amendment and gives individuals the right to refuse questions that may implicate them in illegal activity.  This right is waived when the suspect beings cooperating with police questioning.  Generally, one cannot selectively choose which questions to answer.  Pleading the Fifth cannot be used as an admission of guilt.  Those granted immunity from criminal prosecution is no longer allowed the Fifth Amendment protection against self-incrimination.  One cannot plead the Fifth when being questioned about the activities of another and this information would not incriminate them.
Right to an attorney –
The right to an attorney is found in the Sixth Amendment and guarantees the right to an attorney to all, including the poor and indigent.  For those that cannot afford an attorney, a public defender is appointed to handle the case.  The application of the Sixth amendment rights was spotty until the 1963 case of Gideon v Wainwright where the Supreme Court rules that jurisdictions were obligated to provide legal counsel for all accused of all crime.  The state of Florida, prior to this case, only provided counsel to those facing capital punishment.  The presence of legal counsel is essential to ensuring the suspect receives a fair trial, as per the provisions of the constitution.
Miscellaneous –
Some, but certainly not all states will also ask the defendant if they understand their rights and if they wish to speak with the officers after they understand their Miranda rights.
States bordering Mexico will often add that the accused may contact their consulate prior to police questioning.
What are usually the contents of a Miranda Warning?
Miranda warnings vary by state, but will generally have four essential statements
– You have the right to remain silent
– Anything you say will be used against you in a court of law
– You have the right to an attorney
– If you cannot afford an attorney, one will be provided for you
The miscellaneous provisions described above may be added at the discretion of the jurisdiction.
Why would law enforcement neglect to offer a Miranda Warning?
With full knowledge that the evidence they gather is not admissible in court prior to a warning, law enforcement may still try to interrogate the suspect.  They are allowed to act on statements and evidence gathered from the suspect that has not been informed of his or her rights.
In 2004, the Supreme Court ruled on Missouri v. Seibert, finding that the practice of coaxing confessions out of suspects prior to informing them of their rights, then informing them of their rights and obtaining a second confession was unconstitutional.
What are recent developments in the application of Miranda rights?
Berghuis v. Thompkins (2010), decided in the Supreme Court, has ruled that voluntary statements made by the suspect in police custody after being informed of Miranda rights can be interpreted as a waiver of those rights, making the statements admissible in determining the suspect’s guilt.  This is an important development that many suspects will not be aware of and may lead my in police custody to incriminate themselves through cooperating with the police.  The suspect must explicitly invoke his fifth amendment right to halt the police interrogation.
Maryland v. Shatzer (2010) found that the right to counsel would need to be invoked again if the suspect reentered police custody two weeks after being released.  This case derived from the questioning of Shatzer on child molestation charges that had an attorney for the first interrogation but lacked legal counsel three years later upon reopening the case and made incriminating statements that implicated him in the molestation charges.

Attempting to Commit a Crime