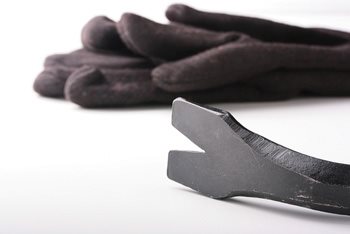 What is Larceny?
Larceny is defined as the legal classification of theft, which is the criminal act of obtaining the personal or private property belonging to another individual or entity through the use of illegal, unlawful, unethical, or fraudulent means. Within the scope of a larceny or theft offense, there exists a broad range of applicable and associated classifications of not only the nature of the theft in question, but the methodology exacted in the execution of the specific act of larceny.
What Role Does ‘Intent’ Play in a Larceny Charge?
In the prosecution and sentencing that takes place within a conviction of theft, not only the intent, but the violent or aggravated nature of the crime itself is taken into consideration with regard to the imposition of sentencing:
Stolen Property
Property or items gained by illegal possession; the value of the property in question is considered in the sentencing of a larceny lawsuit.
Intent
Intent is legally defined as the intended result for which one hopes as a result of any individual actions or activity.
Twilight
The nighttime hours of the day; many states’ legislation attributes the intent to commit theft in the event that a burglary takes place within twilight hours.
Malice Aforethought
Harmful and deliberate intentions with regard to theft or larceny.
Larceny Offense Profile
Legal Jurisdiction: Criminal Law
Type of Crime: Misdemeanor or Felony – varies upon the nature of the crime
Criminal Code: Varies upon the location of the crime, including the applicable country, nation, state, or province
Range of Punishment(s): Fines, probation, associated penalties, or incarceration – varies upon case details
Types of Larceny Charges
Shoplifting: Theft that takes place in a commercial setting. A shoplifter secretly attempts to steal merchandise available for consumer purchase.
Burglary: Theft that involves the intrusion upon the personal property belonging to another individual with the intent of theft. This can be known as ‘breaking and entering’.
Armed Robbery: The act of larceny involving threats of violence while utilizing a deadly weapon. This can be considered aggravated robbery.
Identity Theft: The criminal act of illegally assuming the identity of another human being without their consent with the intent of committing fraud, theft, exploitative acts, and harm.
Robbery: Larceny that takes place with additional threats of violence or harm with regard to the theft itself.
Arrest Process for Larceny
Individuals who have been served documentation in the form of an arrest warrant displaying a Larceny charge, or have already been arrested by law enforcement agents, are encouraged to cooperate with the arresting officers regardless of personal belief with regard to the charges. Individuals under arrest will be given the opportunity to consult with legal specialists subsequent to the arrest process. Resisting or fleeing from a Larceny arrest can result in harm, injury, and additional penalties. Upon arrest, an individual should be made aware of the following in order to prevent any further complication(s):
Habeas Corpus
Due Process
The Presumption of Innocence
Upon the arrest for a Larceny charge, this is the standard arrest protocol that must be upheld by any and all arresting officers. Miranda Rights include the Fifth Amendment, which states that an individual retains the right to remain silent in order to avoid incriminating themselves. This is also known as ‘pleading the Fifth’.
The Preparation of a Larceny Defense
Individuals are encouraged to consult with attorneys specializing in criminal law and, if possible, those who focus on Larceny legality, criminal law, and defense. In the construction of a defense, the individual may be asked to provide the events surrounding the Larceny in question, any included threats, the biographical information with regard to any and all victims, any previous arrests and/or convictions, evidence and witness testimony, full account of the details surrounding the event in question, and the arrangement for bail or bond.
Reporting a Larceny Offense
In the event that an individual has been made aware of an ongoing Larceny, or has been party to a theft that has occurred in the past, they are encouraged to contact their local authorities or law enforcement department in order to report the details of the offense. In the event that an individual wishes to do so in an anonymous fashion, they have to opportunity to contact the appropriate Government department, such as the National Crime Prevention Council through their telephone number: (202) 466-6272.

Understanding Extortion as a Federal Crime