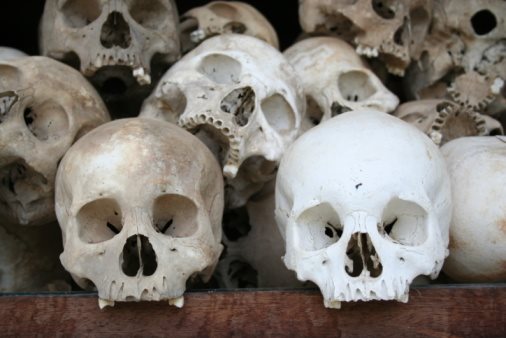 What is Manslaughter?
Manslaughter is the unintentional killing of another human being.  By definition, it implies that that the murderer is less culpable in that the case against the murderer may lack key elements of typical murder cases such as the intent to kill or malice toward the victim.
What is involuntary manslaughter?
Involuntary manslaughter is the unlawful killing of another individual without the intention of committing the act.  The legal definition of “intent” is malice aforethought, and the absence of intent implies that the killing was a circumstance of rather than the object of the accused actions that ultimately led to the victim’s death.  American law identifies two classifications of involuntary manslaughter:
Misdemeanor manslaughter – an accidental killing of another while committing a misdemeanor crime.  In this case, the accused has engaged in unlawful behavior that posed a risk to others, and while the accused had no intention of harming the victim, circumstances lead to the killing of another.  An example would be the accused engaging in petty theft but in the process of escaping, knocks over the store owner who hits his head and dies.
Criminally negligent manslaughter is the accidental killing that is the result of the accused negligent behavior.  The accused has engaged in behavior that is inherently dangerous and posed a substantial risk of harm toward others.  The most common form of criminally negligent homicide is vehicular or intoxication manslaughter as intoxication or the improper operation of a motor vehicle can potentially become dangerous activities.   For example, a publically intoxicated individual knocks a bystander into traffic, causing the death of the bystander.  The intoxicated individual lacked malicious intent for the victim but his actions while in the midst of an illegal act would lead to an additional charge of misdemeanor manslaughter.
What is voluntary manslaughter?
Voluntary is the unlawful killing of an individual with malice aforethought though the accused may have been acting without the intention of murdering the victim.  Additionally, the accused may have been provoked, lack the mental capacity or used unreasonable force while engaged in self defense.  The legal system may take the following factors into account when determining if an unlawful killing was voluntary manslaughter.
Provocation – The accused may have been driven to react in an extreme and atypical manner due to the actions of the victim.  The resulting violence must be made in the heat of passion and not in response to a prior provocation.  The legal benchmark of a “reasonable person” is used when determining if the provocation was indeed severe enough to warrant an equally severe response.
Self Defense – The accused may have felt a need to defend his or herself but did so in a manner that did not fit the situation.  The accused may have perceived a threat from the victim and responded with lethal force when the situation did not merit such action.
Mental capacity – The accused may not be capable of malicious or evil intentions due to the a lack of mental development and therefore should not be held to the same standards as a “reasonable person”
Source: https://definitions.uslegal.com/v/voluntary-manslaughter/

A Full Guide to Aggravated Robbery

The Potential Areas of Abuse of Computer Crime