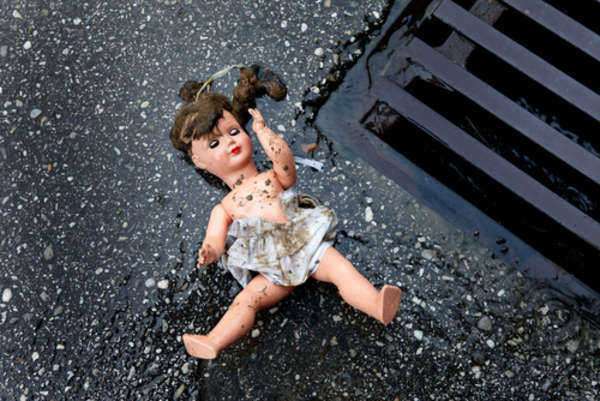 What is Child Pornography?
Child Pornography is the unlawful, unethical, illicit, and degrading depiction of children and minors in a sexual nature through media. Child pornography can exist in picture, digital image, drawing, simulation, sketch, text, or video. Not only is the production of child pornography an egregious offense, but a conviction with regard to the sale and/or possession of such illegal, debasing material results in the most severe of penalties.
Furthermore, child pornography is ranked in the degree of its severity, exploitation, and nature of abuse. Child pornography classified as Erotic, Posed, Sexually Explicit, Assault, and Sadistic in nature are punishable to the fullest extent of the law.
Child Pornography Offense Profile
1.    Legal Jurisdiction: Criminal Law, Child Law, and Family Law
2.    Type of Crime: Felony
3.    Criminal Code: Varies upon the location of the crime, including the applicable country, nation, state, or province
4.    Range of Punishment(s): Typically Incarceration – varies upon case details
5.    Duration of Punishment(s): Varies upon case details
6.    Applicable Punishment(s): Varies upon individual intent, criminal record, criminal history, and the age(s) of the victim(s). However, cases involving child pornography, the corruption of a minor, or endangering the welfare of a minor through the usage of a computer can result in the mandatory registration in a sex offender database as well the mandatory identification of oneself as a sex offender to neighbors.
7.    Associated Offenses and Subgenres:
a.    Production of Child Pornography: Producing, creating, and compiling illegal media containing pornography involving children and minors.
b.    Sale of Child Pornography: Selling or purchasing illegal media containing pornography involving children and minors.
c.    Distribution of Child Pornography: Distributing illegal media containing pornography involving children and minors.
d.    Online Child Pornography: The Use of a computer, the internet, or electronic network in order to access illegal media containing pornography involving children and minors.
The Child Pornography Arrest Process
In the event that the prospect exists in which an individual is at risk for or has been arrested as a result of a Child Pornography charge, it is of the utmost importance that they are aware and mindful of the basic legality associated with the criminal justice system. Individuals who have been served documentation in the form of an arrest warrant displaying a Child Pornography, or have been arrested by law enforcement, are encouraged to cooperate with the arresting officers regardless of personal belief with regard to the charges.
Individuals under arrest will be given the opportunity to consult with legal specialists subsequent to the arrest process. Resisting or fleeing from a Child Pornography arrest can result in harm, injury, and additional penalties. Upon arrest, an individual should be made aware of the following in order to prevent any further complication(s):
Due Process with regard to a Child Pornography Charge
In the United States, due process is defined as the Government’s obligation to respect, maintain, and uphold the legal rights of its citizen in the event of an arrest. The Government must retain an individual’s human rights and liberties. This includes fair, respectful, and ethical treatment devoid of undue violence and harm.
Habeas Corpus with regard to a Child Pornography Charge
Subsequent to an arrest resulting from a Child Pornography charge, the notion of habeas corpus entitles all individuals to the right to a trial in a court of law. In addition, each individual is granted the right to legal representation. Pertinent details regarding any Child Pornography allegation should be discussed with a defense attorney.
The Presumption of Innocence
In the event that an individual is arrested as a result of a Child Pornography charge, criminal law within the United States maintains the innocence of that individual unless they are found guilty within a court of law or they have admitted guilt on their own accord.
Miranda Rights
Upon the arrest for a Child Pornography charge, this is the standard arrest protocol that must be upheld by any and all arresting officers. Miranda Rights include the Fifth Amendment, which states that an individual retains the right to remain silent in order to avoid incriminating themselves. This is also known as ‘pleading the Fifth’. In addition, Miranda Rights also guarantee the following rights with regard to an arrest:
•    The right to remain silent
•    The right for any words spoken during the arrest to be admissible during a trial
•    The right to consult with an attorney regardless of financial stature
•    The acknowledgement that the individual arrested for the Child Pornography charge understands the aforementioned rights.
The Preparation of a Child Pornography Defense
In the event that an individual has been arrested on a Child Pornography charge, they are encouraged to observe the behavioral protocol of the arrest process. Individuals are encouraged to consult with attorneys specializing in criminal law and, if possible, those who focus on Child Pornography legality. In the construction of a defense, the individual may be asked to provide the following:
•    The nature of the media containing the child pornography in question
•    The biographical information with regard to any and all victims
•    Any previous arrests and/or convictions
•    Evidence and witness testimony
•    A detailed account of the details surrounding the event in question
•    The inclusion of the name(s) of individuals involved
•    The arrangement for bail or bond.
Getting Help
In the event that an individual experiences or is participatory in any unlawful, unethical, lewd, or remotely sexual acts or urges with regard to a child or minor, they are encouraged to seek immediate psychological help and report themselves to the appropriate law enforcement agency. To report child pornography, please contact your local Department of Child Protective Services immediately at (800) 422-4453