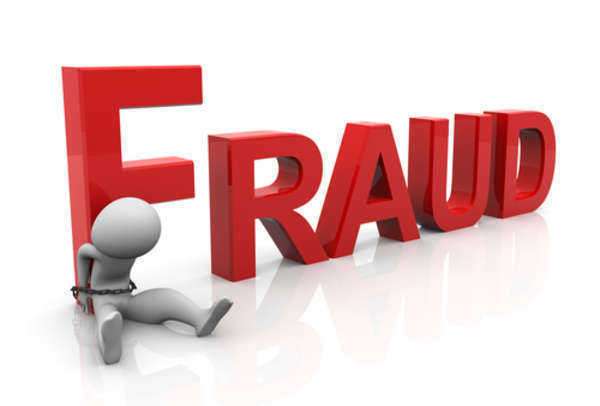 What is Fraud?
Fraud is defined as the act of knowingly, purposefully, and deliberately misleading another individual or entity with the intent to swindle or manipulate. Fraudulent acts can be classified as misleading, deceitful, fake, and spurious activities in which the individual accused of fraud has attempted to garner personal profit or gain as result of their actions.
Fraud Offense Profile
Legal Jurisdiction: Criminal Law, Financial Law, Business Law, Cyber Law
Type of Crime: Misdemeanor or Felony – varies upon the nature of the crime
Criminal Code: Varies upon the location of the crime, including the applicable country, nation, state, or province
Range of Punishment(s): fines, probation, associated penalties, or incarceration – varies upon case details
Duration of Punishment(s): Varies upon case details
Applicable Punishment(s): Varies upon individual intent, criminal record, criminal history, and the victims involved with the fraud allegations. Furthermore, the latent intent of the individual accused of fraud must be provable beyond a reasonable doubt in a criminal court.
Fraud Allegations: Terminology and Associated Offenses
The following are commonly associated with charges or fraudulent activity:
Intent: Intent is legally defined as the intended result for which one hopes as a result of any individual actions or activity. In the event of a fraud charge, the prosecuting attorney is responsible to prove that suspect acted knowingly and deliberately in their respective actions in order to defraud the victim(s) involved. Typically, the verdict in a fraud lawsuit is contingent on proving intent.
Insurance Fraud: The submission of fraudulent insurance claims in order to gain monies or property. Fraudulent insurance claims can be both exaggerated or fabricated in their respective nature. The intent to defraud the insurance company is the focus of this type of fraud lawsuit.
Financial Fraud:  The act of purposefully defrauding individuals by misrepresenting the return(s), conditions, and statuses of investment opportunities. Financial fraud can also include the defrauding of Government programs, such as welfare fraud, unemployment fraud, and insurance fraud.
White Collar Crime: Crimes that are typically non-violent in nature. White collar crimes usually involve financial crimes and fraudulent investments targeted towards individuals with higher social, financial, and economical statuses.
Misrepresentation: Falsely reporting or describing a product or service. In contrast to a fraud charge, misrepresentation does not always consist of the intent to deliberately misrepresent.
Scam: An organized program or scheme intended to purposefully defraud those solicited to participate in it.
Arrest Process for Fraud
In the event that the prospect exists in which an individual is at risk for or has been arrested as a result of a fraud charge, it is of the utmost importance that they are aware and mindful of the basic legality associated with the criminal justice system. Individuals who have been served documentation in the form of an arrest warrant displaying a fraud charge, or have been arrested by law enforcement, are encouraged to cooperate with the arresting officers regardless of personal belief with regard to the charges.
Individuals under arrest will be given the opportunity to consult with legal specialists subsequent to the arrest process. Resisting or fleeing from a fraud arrest can result in harm, injury, and additional penalties. Upon arrest, an individual should be made aware of the following in order to prevent any further complication(s):
Habeas Corpus
Due Process
The Presumption of Innocence
Upon the arrest for a fraud charge, this is the standard arrest protocol that must be upheld by any and all arresting officers. Miranda Rights include the Fifth Amendment, which states that an individual retains the right to remain silent in order to avoid incriminating themselves. This is also known as ‘pleading the Fifth’. In addition, Miranda Rights also guarantee the following rights with regard to an arrest:
The right to remain silent
The right for any words spoken during the arrest to be admissible during a trial
The right to consult with an attorney, regardless of financial stature
The acknowledgement that the individual arrested for the fraud charge understands the aforementioned rights.

Can the Death Penalty Be Applied to Juveniles?