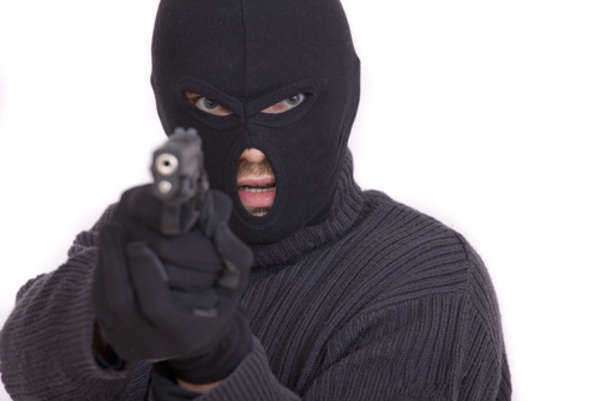 What is First Degree Murder?
First Degree Murder is classified as the premeditated, purposeful, illegal, and deliberate execution of an individual at the hands of another individual. First Degree Murder is considered to be one of the most heinous and grievous crimes within the justice system, which can result in the most harsh of penalties and punishments.
Murder vs. Manslaughter
While murder retains the classification of premeditation, planning, and the intent to harm, manslaughter charges can differ greatly from those associated with murder charges. Manslaughter, which also results in the premature death of an individual at the hands of another individual, can range in the degree of intent and are oftentimes lacking any trace of premeditation or planning:
•    Voluntary manslaughter is defined as the impulsive, reactionary, and intended killing of an individual absent of planning, forethought, or premeditation.
•    Involuntary manslaughter is the accidental killing of an individual at the hands of another individual. Involuntary manslaughter is absent of both intent and planning.
First Degree Murder Offense Profile
1.       Legal Jurisdiction: Criminal Law
2.       Type of Crime: Felony
3.       Criminal Code: Varies upon the location of the crime, including the applicable country, nation, state, or province
4.       Range of Punishment(s): Typically, First Degree Murder charges result in incarceration
5.       Duration of Punishment(s): Varies upon case details
6.       Applicable Punishment(s): Varies upon individual intent, criminal record, criminal history, and the victim(s) involved. In countries or states in which the death penalty is implemented, it is not uncommon for those convicted of multiple or egregious First Degree Murders to run the risk of being subject to capital punishment. In the event that capital punishment is not enforced, those accused of particularly violent and methodological First Degree Murders are subject to life imprisonment.
First Degree Murder Allegations: Terminology and Associated Offenses
The following are commonly associated with charges of First Degree Murder:
a.    Self-Defense: This defense is not applicable to First Degree Murder charges. In the realm of the killing of an individual on the grounds of self-defense, the individual responsible for the killing acted in response to the prevention of impending harm. This type of killing is considered to be manslaughter.
b.    Crime of Passion: This defense is not applicable to First Degree Murder charges. An impulsive, reactionary, and intentional crime committed without planning, yet resulting from overwhelming human emotion.
c.    Second Degree Murder: The accidental killing of one individual in the attempt to kill a specific individual. This type of crime typically retains malice, forethought, and the intention to inflict harm.
d.    Premeditation: The planning and forethought of a crime with intent to cause harm.
e.    Capital Punishment: The death penalty. Legally-mandated sentencing of death from the state legislative body.
f.    Danger to Society: An individual considered to be unfit to interact on any level with a functional, law-abiding society.
g.    Life Sentence: The sentencing that requires an individual to remain in prison for the duration of their respective lifespan.
h.    Remorse: The sentiment conveying regret or apology with regard to crime committed.
Arrest Process for First Degree Murder
Individuals who have been served documentation in the form of an arrest warrant displaying a First Degree Murder charge, or have already been arrested by law enforcement agents, are encouraged to cooperate with the arresting officers regardless of personal belief with regard to the charges. Individuals under arrest will be given the opportunity to consult with legal specialists subsequent to the arrest process. Resisting or fleeing from a First Degree Murder arrest can result in harm, injury, and additional penalties. Upon arrest, an individual should be made aware of the following in order to prevent any further complication(s):
•    Habeas Corpus
•    Due Process
•    The Presumption of Innocence.
Upon the arrest for a First Degree Murder charge, this is the standard arrest protocol that must be upheld by any and all arresting officers. Miranda Rights include the Fifth Amendment, which states that an individual retains the right to remain silent in order to avoid incriminating themselves. This is also known as ‘pleading the Fifth’. In addition, Miranda Rights also guarantee the following rights with regard to an arrest:
a.      The right to remain silent
b.      The right for any words spoken during the arrest to be admissible during a trial
c.      The right to consult with an attorney regardless of financial stature
d.      The acknowledgement that the individual arrested for the First Degree Murder charge understands the aforementioned rights.
The Preparation of a First Degree Murder Defense
Individuals are encouraged to consult with attorneys specializing in criminal law and, if possible, those who focus on First Degree Murder legality, criminal law, and defense. In the construction of a defense, the individual may be asked to provide the nature of the First Degree Murder in question, any included threats, the biographical information with regard to any and all victims, any previous arrests and/or convictions, evidence and witness testimony, full account of the details surrounding the event in question, and the arrangement for bail or bond.
Criminal Law vs. Civil Law: First Degree Murder
Individuals arrested on charges of First Degree Murder should be made aware that in the event that an acquittal takes place within a criminal court, the case can be retried by the plaintiff in a civil court. Although civil law and criminal law with respect to First Degree Murder allegations differ, the primary difference is the compensatory measures that present themselves in the event of a guilty verdict.
While criminal law verdicts can impose penalties including punitive recourse and incarceration, guilty verdicts in the scope of civil law can only render financial and monetary restitution. First Degree Murder tried within a civil court is considered to be a Wrongful Death lawsuit

Using Entrapment as a Criminal Defense

Facts About Statutory Rape You Must Know