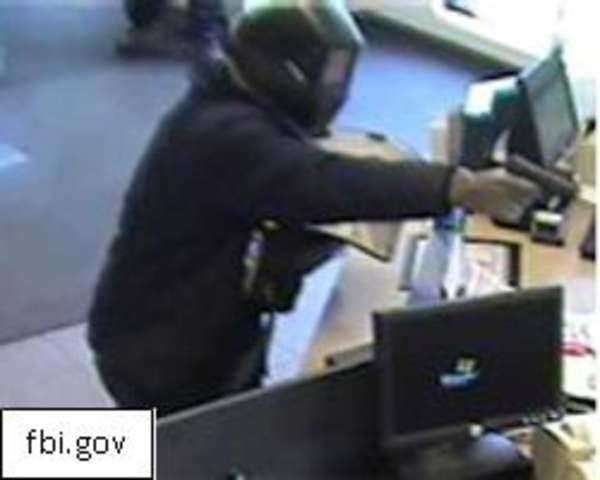 According to FBI crime rate statistics, there were around one thousand and two hundred bank robbery type crimes, in just three months in 2009. That translates to around five thousand bank robbery type crimes in the United States in one year. Surprisingly, that was a decrease from the year before. The FBI's crime rate statistics show some interesting trends in bank robbery. Most robberies occur in the morning and are most likely to happen on Fridays, in the between the hours of nine and eleven.
In fact, banks are usually robbed in the early morning, regardless of what day of the week that the crime takes place.  In addition, banks in metropolitan areas are much more likely to be robbed than banks in small towns. Robbers prefer busy areas where it is easier to escape undetected because they are less likely to draw attention in a crowd. In addition, there are many more people located in metropolitan areas, which increases crime rates based on the sheer number of people alone.
The FBI has released crime rates from the third quarter of 2009. During those three months, over nine million dollars was stolen during the commission of around one thousand and two hundred bank robberies. In ten percent of those robberies, or about one hundred and twenty bank robberies, no loot was taken before the robbers were caught. Only about twenty percent of the nine million dollars was ever recovered and returned to the banks from which it was stolen.
During those robberies in the latter part of 2009, violent acts took place in around fifty of the cases. In addition, around thirty people were taken hostage during the commission of the bank robbery. Crime rates indicate that the most common form of intimidation utilized during the commission of bank robbery, was oral demands and threats which were generally followed by a note explaining the perpetrators demands. During the same time period, almost half of all bank robberies took place in the south.
In fact, crime rates are usually different across each geographical area in the United States. While bank robbery may be more prevalent in the south, other crimes are more prevalent in the north.
Crime rate statistics indicate that there is likely to be an increase in bank robberies and other violent crimes across the country. In general, law enforcement, utilizing sociological studies, can determine the chances of an increase in crime rates based on several factors.
Many sociologists believe that there will be an increase in violent crimes and crimes against property such as bank robbery, due to the current state of the economy. In fact, the ripple effect caused by bad economic times is already being felt across the country. While crime rates increase, the number of law enforcement decreases due to layoffs and job loss. In addition to an increase in crime rates, less criminals are actually being caught.