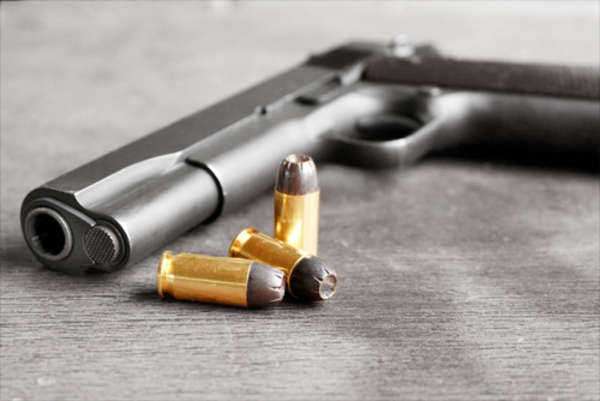 The Security Pacific Bank robbery of 1980, was an armed robbery which resulted in a large shootout after the suspects fled the bank. When the suspects initially entered the bank, a witness immediately called the police to report suspicious activity. As the group attempted to flee, they were confronted by an officer who eventually shot the driver of the getaway vehicle, causing the van to spin completely out of control.
The officer was also shot during the exchange of gunfire, apparently being subject to over two hundred rounds. In the end, one officer and two suspects were killed. In addition, around ten officers were shot, including the first responding officer.
The Security Pacific Bank robbers had somehow obtained powerful weapons that they utilized to shoot through the surrounding law enforcement. In fact, the police that responded, would never have been able to match the firepower of the bank robbers. Before committing the armed robbery, the group had managed to secure powerful automatic weapons that would have taken out each and every responding officer had there not been an intervening factor later in the chase.
In addition, the group of suspects had also obtained, or manufactured, explosive devices which they planned to utilize if necessary. After their vehicle was flipped due to the death of their get away driver, the group fled after car jacking a vehicle stopped near by. They continued to fire at police, even throwing explosives at them, later claiming that they wanted to die rather than be arrested. Eventually, the group gained a lead on officers, stopping only to ambush officers as they arrived on the scene.
Eventually, all of the suspects in the Security Pacific Bank robbery were killed or apprehended. They were charged with armed robbery, in what has become one of the most notorious shootouts in California's history. In fact, the weapon of one officer, is credited with forcing the suspects to flee the scene, rather than continue the shoot out.
His weapon was the only one that matched the fire power of the suspects, which finally gave law enforcement an advantage over the suspects in the armed robbery. It is an unfortunate reality that suspects sometimes have access to more powerful weapons than law enforcement does. This is often the case in armed robbery, which take place while perpetrators utilize their powerful weapons to force victims to comply either through intimidation, or by using their weapons.
The Security Pacific Bank robbery has been used as a tool for teaching law enforcement about the possible errors made by officers during a gun battle. In addition, the Security Pacific Bank robbery taught law enforcement that it was vital to be able to match the fire power utilized during armed robbery, in order to give responding officers the advantage.

Is Theft a Requirement for Breaking and Entering