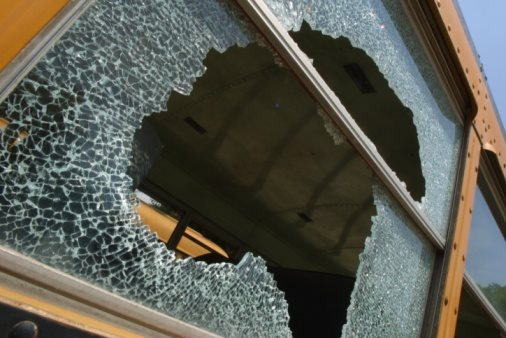 What is Vandalism?
Vandalism is classified as a criminal act involving the destruction or unlawful alteration of property belonging to another individual or entity. However, vandalism is an act that can vary in motives, intent, and methodology. While certain individuals may choose to vandalize property in the form of destruction and damage, other vandals engage in vandalizing acts out of malice for the purpose of causing harm and injury.
Vandalism can range from graffiti to the destruction of property. The proof of solidifying malicious intent on the part of the vandal can substantially increase the severity of the crime itself.
Vandalism Offense Profile
Legal Jurisdiction: Criminal Law, Property Law, Privacy Law
Type of Crime: Misdemeanor or Felony – varies upon the nature of the crime
Criminal Code: Varies upon the location of the crime, including the applicable country, nation, state, or province
Range of Punishment(s): Fines, probation, associated penalties, or incarceration – varies upon case details
Applicable Punishment(s): Varies upon individual intent, criminal record, criminal history, and the victim(s) involved. While certain acts of vandalism will typically cause neither personal injury nor harm, vandalism caused out of malice, harm, or prejudice – such as a hate crime – can include severe punishment.
Vandalism Allegations: Terminology and Associated Offenses
The following are commonly associated with charges of Vandalism:
Graffiti: Unwelcomed and unsolicited markings, carvings, or sketching, which is typically in the view of the general public. Graffiti is considered to be a non-violent type of vandalism.
Ownership: The legal state of being the sole proprietor or controller of an item, product, or piece of property.
Trespassing: A criminal act that includes the illegal encroachment upon property belonging to another individual or entity. Typically, vandals will trespass onto a specific locale in order to engage in acts of vandalism.
Art vs. Vandalism: An ongoing debate in which critics, legislators, and artists participate that addresses the artistic value, if any, in acts of graffiti. This is in tandem with the fact that unlawful and unsolicited graffiti is a criminal act.
Hate Crime: Hate Crime is an intentional, deliberate, and methodically-charged crime executed in order to cause harm or damage with regard to a specific victim chosen as a result of prejudice, racism, bias, and unlawful resentment.
Arrest Process for Vandalism
Individuals who have been served documentation in the form of an arrest warrant displaying a Vandalism charge, or have already been arrested by law enforcement agents, are encouraged to cooperate with the arresting officers regardless of personal belief with regard to the charges. Individuals under arrest will be given the opportunity to consult with legal specialists subsequent to the arrest process. Resisting or fleeing from a Vandalism arrest can result in harm, injury, and additional penalties. Upon arrest, an individual should be made aware of the following in order to prevent any further complication(s):
Habeas Corpus
Due Process
The Presumption of Innocence.
Upon the arrest for a Vandalism charge, this is the standard arrest protocol that must be upheld by any and all arresting officers. Miranda Rights include the Fifth Amendment, which states that an individual retains the right to remain silent in order to avoid incriminating themselves. This is also known as ‘pleading the Fifth’. In addition, Miranda Rights also guarantee the following rights with regard to an arrest:
The right to remain silent
The right for any words spoken during the arrest to be admissible during a trial
The right to consult with an attorney regardless of financial stature
The acknowledgement that the individual arrested for the Vandalism charge understands the aforementioned rights.
The Preparation of a Vandalism Defense
Individuals are encouraged to consult with attorneys specializing in criminal law and, if possible, those who focus on Vandalism legality, criminal law, and property law. In the construction of a defense, the individual may be asked to provide the nature of the Vandalism in question, any included threats, the biographical information with regard to any and all victims, any previous arrests and/or convictions, evidence and witness testimony, full account of the details surrounding the event in question, and the arrangement for bail or bond.

A Helpful Guide to Extortion Law