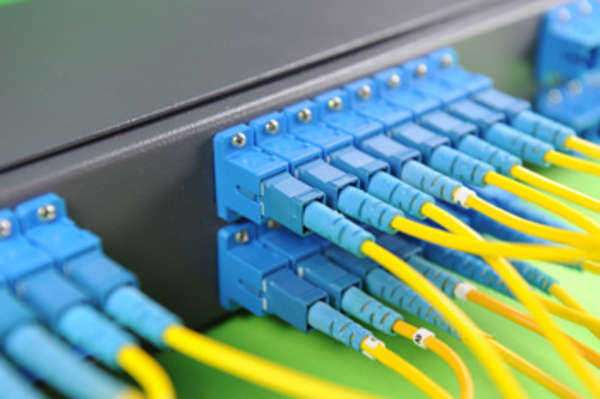 What is Telemarketing Fraud?
Telemarketing Fraud is the act of deliberately defrauding a consumer through the use of the phone in order to solicit funds, monies, or assets in exchange for misrepresented or fraudulent returns. Due to the nature of telemarketing, the inability to engage in an in-person meeting requires the transfer of financial and personal information over the phone. This can result in identity theft, unknowing participation in scams, and other fraudulent activity.
Telemarketing vs. Solicitation
Telemarketing Fraud is the act of solicitation of individual victims with the hopes of defrauding, misleading, and stealing in order to turn a profit. The usage of the telephone allows for a heightened sense of anonymity coupled with an inability to trace the fraudulent telemarketing operation. Telemarketing conducted as a legitimate sales endeavor is required to adhere to very strict codes of business ethics and regulations in order to actively and legitimately present details of the product for sale in an accurate fashion. In addition, Telemarketing operations must adhere to privacy laws while adhering to the ‘Do-Not-Call’ List.
Telemarketing Fraud Offense Profile
Legal Jurisdiction: Criminal Law, Consumer Fraud, Privacy Law, Commercial Law
Type of Crime: Misdemeanor or Felony – varies upon the nature of the crime
Criminal Code: Varies upon the location of the crime, including the applicable country, nation, state, or province
Range of Punishment(s): Fines, probation, associated penalties, or incarceration – varies upon case details
Duration of Punishment(s): Varies upon case details
Applicable Punishment(s): Varies upon individual intent, criminal record, criminal history, and the victim(s) involved. Depending on the nature of the Telemarketing Fraud in question, punishments are contingent on the amount of victims, the gross amount of loss sustained by the victims, and the severity of the scam itself. As is the case in a majority of fraud offenses, intent must be proven in a Telemarketing Fraud trial.
Telemarketing Fraud Allegations: Terminology and Associated Offenses
The following are commonly associated with charges of Telemarketing Fraud:
Misrepresentation: Falsely reporting or describing a product or service. In contrast to a Telemarketing Fraud charge, misrepresentation does not always consist of the intent to deliberately misrepresent.
Intent: Intent is legally defined as the intended result for which one hopes as a result of any individual actions or activity. In the event of a Telemarketing Fraud charge, the prosecuting attorney is responsible to prove that the suspect acted knowingly and deliberately in their respective actions in order to defraud the victim(s) involved. Typically, the verdict in a fraud lawsuit is contingent upon proving intent.
Misrepresentation: Falsely reporting or describing a product or service. In contrast to a fraud charge, misrepresentation does not always consist of the intent to deliberately misrepresent.
‘Do Not Call’ List: A legally mandated list of telephone numbers containing those individuals who wish not to be contacted by telemarketers or telephone solicitors.
Harassment: Unsolicited, unwelcomed, uninvited, offensive, and inappropriate advances or speech considered to be intrusive or threatening in nature.
Identity Theft: The fraudulent act of illegally assuming the identity of another human being in order to gain profit, conduct criminal activity, and unlawfully obtain information.
Arrest Process for Telemarketing Fraud
Individuals who have been served documentation in the form of an arrest warrant displaying a Telemarketing Fraud charge, or have already been arrested by law enforcement agents, are encouraged to cooperate with the arresting officers regardless of personal belief with regard to the charges. Individuals under arrest will be given the opportunity to consult with legal specialists subsequent to the arrest process.
Resisting or fleeing from a Telemarketing Fraud arrest can result in harm, injury, and additional penalties. Upon arrest, an individual should be made aware of the following in order to prevent any further complication(s):
Habeas Corpus
Due Process
The Presumption of Innocence
Upon the arrest for a Telemarketing Fraud charge, this is the standard arrest protocol that must be upheld by any and all arresting officers. Miranda Rights include the Fifth Amendment, which states that an individual retains the right to remain silent in order to avoid incriminating themselves. This is also known as ‘pleading the Fifth’. In addition, Miranda Rights also guarantee the following rights with regard to an arrest:
The right to remain silent
The right for any words spoken during the arrest to be admissible during a trial
The right to consult with an attorney regardless of financial stature
The acknowledgement that the individual arrested for the Telemarketing Fraud charge understands the aforementioned rights.
The Preparation of a Telemarketing Fraud Defense
Individuals are encouraged to consult with attorneys specializing in criminal law and, if possible, those who focus on Telemarketing Fraud legality, criminal law, and defense. In the construction of a defense, the individual may be asked to provide the nature of the Telemarketing Fraud in question, any included threats, the biographical information with regard to any and all victims, any previous arrests and/or convictions, evidence and witness testimony, full account of the details surrounding the event in question, and the arrangement for bail or bond.
Reporting a Telemarketing Fraud Offense
In the event that an individual has been made aware of an ongoing Telemarketing Fraud, or has been party to a Telemarketing Fraud that has occurred in the past, they are encouraged to contact their local authorities or law enforcement department in order to report the details of the offense. In the event that an individual wishes to do so in an anonymous fashion, they have to opportunity to contact the appropriate Government department, such as the National Crime Prevention Council through their telephone number: (202) 466-6272.