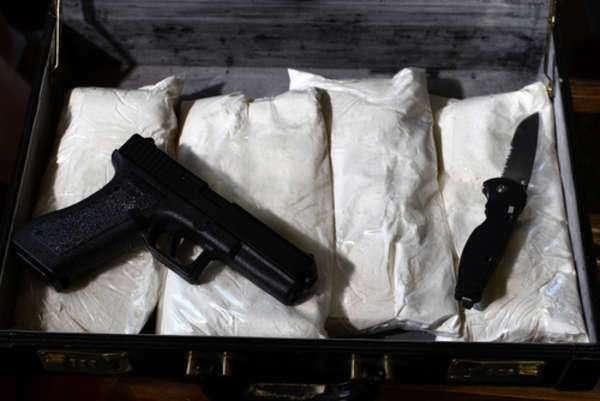 They not only address the illegal actions that have occurred, but also the offender's state of mind at the time that the crime was committed. When all of the major aspects have been satisfied, an individual is responsible for a detrimental crime and they may be punished accordingly. However, if one of the major aspects are not fulfilled, then the defendant cannot be held criminally liable for the harm and damage that has occurred.

Element of the Crime

The United States criminal justice system has been designed in order to help ensure that individuals who are being accused of a crime are only convicted if they have in fact committed a crime. The punishments for violating criminal law are often very severe and oppressive. They often cause the offender to experience a large financial burden or to miss out on many years of life.

A criminal sentence will have very serious consequences on the life and the future of an individual who has been convicted of a crime. Therefore, it is essential to guarantee that an individual who is imposed a sentence for a crime actually deserves the sentence that he or she is receiving. In order to help ensure this, various elements of the crime must be addressed and satisfied. If all of the necessary elements of a crime are not satisfied, then an individual cannot be convicted of committing a crime.

Mens rea is one extremely important aspect of all criminal cases. For an individual to be found guilty of committing a crime, the State must not only prove that the offender committed the crime, but also that the perpetrator had a guilty mens rea at the time of the crime. The term mens rea refers to an individual's state of mind at the time that he or she takes part in a criminal activity.

In many cases, a defense lawyer will try to argue that his or her client cannot be found guilty because he or she did not have the intent to harm another person or to break the law. If a criminal intent is not present, then an individual cannot be charged with committing a crime.

It is possible for an individual to take part in criminal behavior by accident. There are many examples in which an individually unknowingly or unintentionally takes part in a crime. Another person may be seriously injured by the offender, but if the perpetrator did not have a guilty mens rea, he or she cannot be punished.

One of the most important aspects of a criminal law case is the actus reus. Without an actus reus there would be no case at all. Unlike the mens rea, the actus reus has nothing to do with an individual's intent or state of mind at the time that he or she committed a crime. The term actus reus refers to the crime itself. It is the criminal activity that takes place and that is being analyzed in a criminal investigation.

Actus reus may include an extremely wide range of activities. During a criminal investigation it is essential that the State collect the evidence that is necessary to convince the jury that the individual in question is the individual who is responsible for committing a crime.

This is often done by collecting all of the objects and the information that may help to support the case. It is also accomplished by finding witnesses and obtaining testimony from them. The testimony of witnesses plays an extremely important role in a criminal investigation.

Once the actus reus has been established and it has been proven that the defendant is responsible for committing the crime in question, it is essential to prove that he or she had the criminal intent to break the law before he or she can be found guilty.

Concurrence is one extremely important element of a crime. If a prosecutor cannot prove that concurrence has occurred, then the defendant cannot be convicted of committing a crime. In order for concurrence to be satisfied an individual must have the intention to violate the law and cause harm at the time that the criminal activity has occurred.

The actus reus and mens rea must occur at the same time in order for an individual to be held liable for the harm that has occurred. Therefore, if an individual is responsible for accidentally causing harm to a hated enemy upon whom he or she had previously wished harm, he or she will not be found guilty of committing a crime. This is because even though he or she may be happy about the injuries that the victim has sustained, he or she did not intend to cause those injuries at the time that the victim received them. Without concurrence there is no crime.

The relationship between the criminal activity that took place and the effects of that activity is causation. Causation is the actus reus in association with the mens rea. In most cases, the causation is the action that an individual took part in to cause a specific outcome.

For example, an individual may be angry with another person and in an attempt to cause him or her harm the offender may hit the individual with a weapon. The intent and the action of striking the individual was the causation of the severe and extensive injuries that the victim occurred.

In general, the term causation refers to an action or behavior. However, causation may also include the failure to take part in required and necessary actions. In order for an individual to be convicted of a crime, the causation must first be determined and the court must prove that it was the defendant who committed the crime.

Strict liability is a legal practice that has been the cause of some controversy. In the majority of criminal cases, the State must prove that the defendant was not only guilty of the crime in question, but that the offender had the intention to break the law and to cause injury or damage to another person or another person's property. However, in cases of strict liability these usual laws are not upheld.

In strict liability cases, the State does not need to prove that the defendant had a criminal intent when the injury or the damage occurred. In instances where this applies, the defendant’s intent and state of mind are not taken into consideration. All that the prosecutor must prove is that the damage or injury was caused by someone or something for which the defendant was responsible.

There are many different situations in which strict liability is evoked. The damage that is sustained may range a great deal from minor property damage to death. In most cases of strict liability, the defendant will be required to compensate the victim for the damage or the injury that has occurred.

There are various different crimes that may occur against an individual. Personal offenses occur when an individual takes part in criminal activities that result in physical injury or harm to the well-being of another person. This type of criminal behavior varies a great deal in severity. It can range from threats and minor assault to brutal rape.

An individual who is the victim of a personal offense may sustain extensive physical injury as a result of his or her traumatic experiences. It may also result in the victim's death. Personal offenses may cause an individual to suffer from long term psychological effects along with the physical wounds that he or she receives.

In many instances, individuals who are responsible for subjecting another person to physical harm are sentenced to extensive punishments. The penalties will vary a great deal based on the severity of the crime that they committed. Threats and minor assault are punished much more leniently than aggravated assault.

Personal offenses violate the safety and the freedom of another individual. Therefore, the punishment must fit the crime and individuals who continue to pose a threat to other people must be incarcerated.

There are many different types of property offenses. Like personal offenses, they vary a great deal in severity. A property offense may include minor shoplifting, in which an offender takes a small item from a store. It may also include arson, which is extremely dangerous and may cause severe physical injury to individuals who are around when it occurs.

Individuals who are responsible for property offenses have various different motives for taking part in the criminal behavior that they carry out. In many cases, property offenses are punished less harshly than personal offenses. However, this is not always the case. Property offense are extremely dangerous and often result in death. Therefore, these crimes are taken very seriously and are punished accordingly.

It is extremely common for criminals to be apprehended and put on trial for their crimes. Every year, millions of individuals are sentenced to various penalties for criminal activity that they have taken part in. These individuals are often burglars, rapists, and murderers.

People expect these individuals to be caught and punished for their crimes. But people often give little consideration to the individuals who are responsible for participatory offenses.

Participatory offenses occur when an individual is responsible for assisting with or taking part in some aspect of a criminal endeavor. This individual may not be the primary actor in the venture, but he or she may have in some way contributed to delinquent activity. He or she may have provided the primary actor with financial assistance or advice.