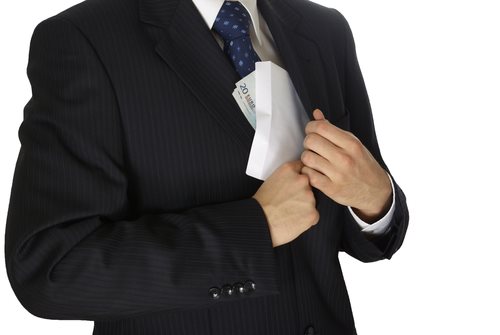 On October 2, 2012, the US Attorney’s Office for the Eastern District of New York announced that two former supervisors part of the New York City Department of Housing Preservation and Development (HPD) pleaded guilty to bribery charges in a scheme to bribe highly ranked officials and receive much desired construction contracts.  Luis Adorno, who was the inspections supervisor for the HPD, and Michael Provenzano, who was the former HPD director of construction services, pleaded guilty.

The FBI reports that HPD is the biggest municipal developer of affordable housing in the country.  According to complaint documents, Provenzano received bribes numerous $10,000 bribes over a span of several years in return for making inspection reports to the hired contractor.  The FBI also reports that Adorno received a $100,000 bribe from a general contractor in return of awarding the contractor with construction contracts.
FBI Assistant Director in Charge, Mary Galligan, stated: “As alleged, these defendants flouted their responsibilities as city employees to profit personally.  When public employees favor bribe-payers, inevitably the city and the public stand to lose.  The city gets substandard goods or services or pays above market rates for them or the public is otherwise at risk.”
Both Provenzano and Adorno face a maximum penalty of 10 years in prison.  The investigation was handled by the Internal Revenue Service’s Criminal Investigation in New York, the United States Department of Housing and Urban Development (HUD), and the New York City Police Department, and the FBI.  United States Attorney Lynch thanks the organizations for their assistance.
DOI Commissioner Gill Hearn commented, “These two ex-employees lost their city jobs and are now felons who have admitted taking bribes.  Their conduct shows the peril and foolishness of corruption.  We will continue to work with our partners in law enforcement and our colleagues in city government to expose, stop, and prevent corruption and protect the city and its taxpayers from this kind of abuse.”
Source: Federal Bureau of Investigation