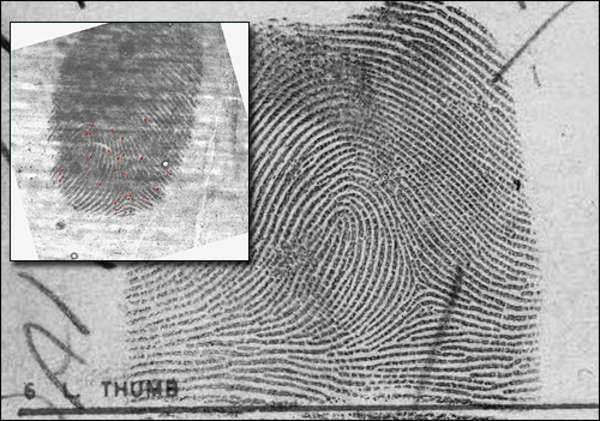 According to a publish report on September 11, 2012, the FBI has just solved a 30-year-old cold case involving the murder of Carroll Bonnet.  Detective Douglas Herout and Laura Casey, the Senior Crime Laboratory Technician, were awarded the 2012 Latent Hit of the Year Award for identifying the man that committed the murder in 1978.

According to the initial crime report, Carroll Bonnet was stabbed in her apartment in Nebraska and died because of the injuries.  The police were able to collect fingerprints and palm prints from the victim’s bathroom.

During the investigation, police found that the victim’s car had been stolen.  The car was later found in Illinois and latent prints were found, but the new evidence failed to produce any leads.  The prints were still sent to local and state, and out-of-state fingerprint files.  Unfortunately, the case eventually went cold.

The case was reopened in 2008 when the Omaha Police Department received information about the case.  Laura Casey then searched the prints against the FBI’s Integrated Automated Fingerprint Identification System (IAFIS) and received several possible suspects in only a couple of hours.

Casey examined the fingerprints for a couple of days before making a positive identification.  Jerry Watson was named the prime suspect, and, remarkably, the identification was made just in time because Watson was only days away from being released.

After the case was re-opened, the lead investigator, Doug Herout, found that Watson was only living a few blocks away from where the stolen car was discovered.  Herout then traveled to Illinois and received an order to obtain a DNA sample from Watson.  Sure enough, Watson’s DNA matched DNA samples from the crime scene.

Watson was sentenced to life in prison 33 years after the victim’s body was discovered.  Without the advancements in technology and the efforts of the FBI, Watson would have been released from prison and, possibly, still be on the run.

The Facts on Business and Bribery

Section 115 of the United States Code