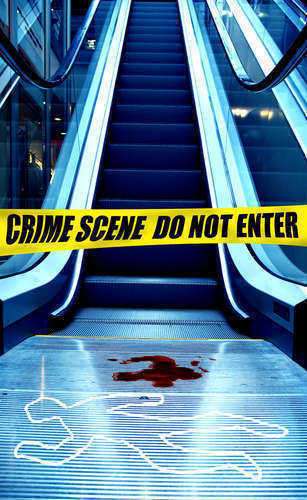 Non-criminal homicide covers a variety of circumstances which can result in the death of an individual. These homicides are not considered felonious incidents. A death can only be declared a non-criminal homicide after a thorough investigation to ensure that the event does not rise to the level of criminality.
It is possible that a killing which initially appears to be a homicide crime may not in fact be criminal. Often the criminality of a death can be determined during the course of an investigation. Cases which are non-criminal because of insanity of the killer must involve the courts without exception, although self-defense cases may or may not require court involvement to determine criminality.
Killings in defense of property are usually determined to be non-criminal during a homicide investigation. Homicides committed while the perpetrator was trying to prevent a crime often require a jury ruling to determine if the killing is criminal in nature.
Self-Defense
Self-defense is a very specific type of non-criminal homicide. Self-defense covers homicides committed while protecting an individual who was incapable of protecting him or herself at the time of the attack. In order for a killing to be deemed an act of self-defense, the victim must be an immediate threat to the perpetrator or the person being protected.
It doesn't matter how great the probability is that the homicide victim would have posed a threat in the future. A homicide is only a justifiable form of self-defense if it is in response to a mortal threat.
Insanity Claim Overview
Insanity is a specific affirmative defense which declares that the killer is not criminally liable for their killing because of a mental disorder. The insanity may be temporary or permanent in nature. A plea of temporary insanity will need to prove that there were specific circumstances at the time of the killing which caused the killer to experience a departure from his or her normally reasonable state in order for the plea to be considered as an excuse for the murder.
An insanity defense based on an incidence of insanity of a greater duration often attempts to show that the defendant has exhibited symptoms of the mental disorder for a long period of time. Although insanity has been recognized as a legal exemption from liability for a long time, its legal definition has only been codified in recent years.
Prevention of a Crime
When the killer has acted in the attempt to stop the commission of a violent crime it is usually not considered a criminal homicide. Homicide is usually accepted as a means to prevent crime only for certain crimes, which include rape, armed robbery, or another homicide.
Police are allowed to commit homicide in several specific circumstances. These circumstances include when the officer believes the suspect poses an immediate risk to other people, or the suspect refuses to stop fleeing from the arresting officer.

Everything You Need to Know About Deterrence

An Overview of an Inmate Going Up For Parole