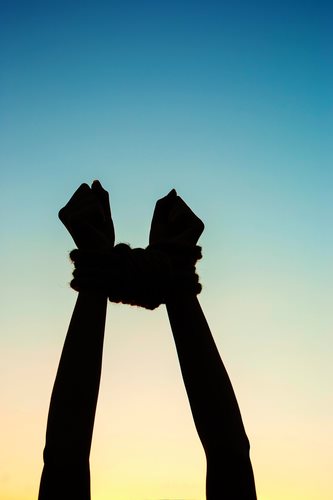 The Violence Against Women Act was passed by both chambers of Congress, and its reauthorization was signed into law by President Obama earlier this month. This marks a milestone for the women’s rights movements and for victims of sexual and domestic violence all across the country. Since 1994, VAWA has changed the way our societydeal with domestic violence by changing the way the federal government responds, providing funding to essential programs and now, under the new version, provides new provisions for members of the LGBT community and Native American women.

Healing Abuse Working for Change (HAWC) has been providing free services to victims of domestic violence since 1978. HAWC provides its services to victims of domestic violence residing in 23 cities and towns across Massachusetts’ North Shore. HAWC provides several services and they include: individual advocacy, a 24-hour hotline, legal advocacy, an attorney program, community education, a shelter program, children’s services and hospital advocacy.

The following is an interview with Paula Gomez Stordy of HAWC on her opinion about the recent reauthorization of VAWA, and the work of HAWC in the fight against domestic violence.

In your opinion, what does the reauthorization of the Violence Against Women Act (VAWA) signify for the civil rights movement of women?

The reauthorization of VAWA was a victory.  It continues to advocate for the civil rights of women, Native American women and it expands protections to gay, lesbian, bisexual, and transgender victims of domestic violence, sexual assault, and stalking.  However, it was frightening to think that these protections that were put in place  in 1994, could have been decreased.  Countless, advocates and survivors across the country exercised their right and worked diligently for the reauthorization of VAWA.  We are grateful that both chambers of congress understood the impact of violence and passed the reauthorization.  In this day in age protections for the human rights of women should not be  at stake.

Do you think the new version of VAWA does enough to protect women against domestic violence?

Whenever, a law is passed it is necessary for the law to be implemented in all levels of government and society- federal, state, local.  Sexual assault and domestic violence programs across the country continue to be underfunded.  There is a great need of services.  Daily, we have to turn people away from our shelter because it is at capacity.  Education and prevention programs are essential for the safety of our community and sometimes programs have to decrease outreach and education when the direct service need is so urgent.

The new VAWA has historic provisions for Native Americans and members of the LGBT community. Do you think the law as passed represents a step in the right direction for both groups?

Absolutely.  The law was incomplete.  Victims of domestic violence, stalking, and sexual assault include LGBT people and Native American women. Sexual assault and domestic violence programs also must be inclusive to all victims of sexual and domestic violence.  For various reasons, it is difficult for survivors to reach out for help.  Therefore, when that happens every survivor should feel they are supported regardless of their gender, gender expression, or sexual orientation. .Everyone deserves a life free of violence.

What has HAWC been able to achieve in terms of advancing the cause of domestic violence victims in the state of Massachusetts?

Founded in 1978, this year HAWC celebrates 35 years of providing free and confidential domestic violence services to residents of 23 cities and towns in the North Shore. HAWC has offices in Lynn, Salem, and Gloucester as well as advocates in the Beverly Police Department and North Shore Medical Center.

Its mission is to create social change by taking action against personal and societal patterns of violence and oppression. With an annual budget of 1.7 million, HAWC services include:

On call Hospital and Police Response

This past fiscal year 2012 HAWC served over 3,000 adults and children experiencing abuse.

Do you believe Massachusetts has come far since the initial passage of VAWA in 1994?

I do.  I began working in the field of domestic violence in 1994 and since then we have been more inclusive about how we identify victims and survivors of domestic violence, sexual assault, and stalking.  We have more research about the lethality of abuse and impact of trauma.  We are more aware of cultural diversity.  One type of solution does not help all equally.  Survivors of abuse are diverse.  Therefore, responses and services should represent that diversity.

Our community as a whole is more educated about sexual and domestic violence and that’s exactly what needs to happen in order to decrease violence in our community. It’s everyone’s issue. This topic was once taboo.  I am grateful for the strength of survivors who had the courage to talk about their experiences.  Their experiences and the experiences of victims who lost their lives at the hands of a perpetrator have changed laws and society as a whole.

The Facts About Piracy