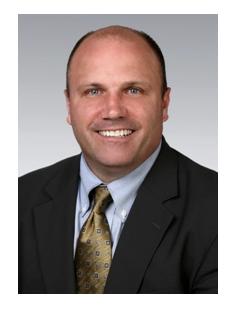 Washington, DC—One of the most well-known criminal defense attorneys in the Washington, DC area, Steven McCool has taken on just about every kind of case.  One of the biggest lessons he's learned is just how lucky he has been.

“I've learned that life truly is a lottery,” he says.  After working on a death penalty case in which he defended a gang leader, Rodney Moore, and successfully helped him to avoid lethal injection, McCool told laws.com in a recent interview: “I still believe, as I told the jury in my closing argument, that if my parents raised Rodney, he would not be sitting in a cell in a federal penitentiary.”

Recently named a Fellow of the American College of Trial Lawyers, McCoolsays that his interest in criminal law began when he read about the advocacy of Atticus Finch in To Kill a Mockingbird.  Today, he says that criminal defendants face immense challenges by the time he takes their cases.

“The biggest challenge facing individual defendants today is the capacity to fund a defense through trial,” McCool explains.  “The cases I deal with often present complicated legal issues and are also frequently difficult to investigate because, for example, much of the evidence is located in foreign jurisdictions or favorable material is buried in a large volume of material.”

Technology and a knack for effective legal research can mitigate some of these problems, he says.  “My use and understanding of data mining and other technologies allow me to make more efficient use of a client's limited resources.”  McCool also notes that because he's happiest when he's in a trial, the specifics of a case are more important to him than the effect it will ultimately have on his firm's bottom line.

When trying to decide whether to go to trial, McCool says that it's ultimately up to the client.  However, he stresses that it is important to “think through the legal and factual issues to see if there is a path to reasonable doubt.  If an acquittal is in the cards, I don't hesitate to recommend proceeding to trial.”

Anyone considering going into the field of criminal defense, according toMcCool, should get as much real world practice and experience as they can before they even graduate from law school, by taking advantage of clinical programs in school.  “Take as many clinical courses as you can,” he advises.  “I prosecuted and defended cases as a student attorney.  I was convinced after participating in these clinics during law school that I wanted to be a trial lawyer.”

The Facts of Felony Murder