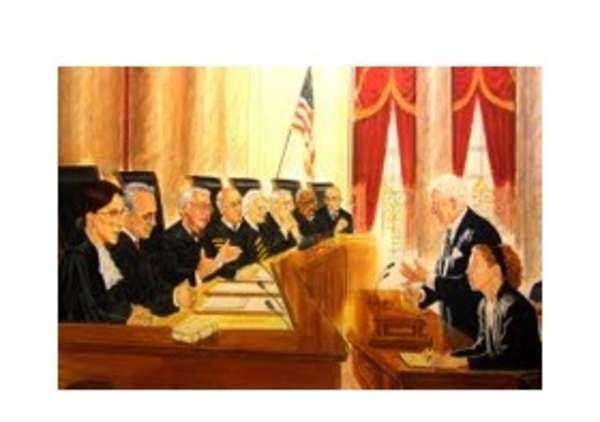 Part 1 of the Article

What happens to the Federal case if both Richards and Justice (the defendants) agree to a deal with the Houston DA on the cruelty to animal’s case? Apparently, under the Petite Policy the US Attorney will not prosecute someone that has already been prosecuted by the State.

Generally speaking, there is a double jeopardy rule that follows if a person has been prosecuted in a state. The federal government will not re-prosecute unless it involves a different element and in this case it does!

Very few federal US attorneys are barred from bringing, a prosecution because, under the federal law it has to affect interstate commerce or it requires a different element, of intent.

Does Judge Lake’s opinion that the Federal law is invalid since it violates the 1st Amendment mean the law has been stricken down and no longer valid? Or does Judge Lake’s decision only apply to his courtroom or circuit court?

His decision can be used as precedent. This means that, although it is a district court decision in Texas, , if this is the only decision on the issue, another district judge, for example in New York, may elect to follow that decision if it is well reasoned and sound. On the other hand, no other court in the country is bound by that decision!

Once the US Attorney decides to file the actual appeal, how long does it usually take for the Court to consider the appeal and render a decision?

In the 5th Circuit, which includes Texas, the average time for an appeal to be prosecuted and decided is 11 months.

Is there anything the public can do to get the decision by Judge Lake appealed?  Can the public petition, hire an attorney to write amicus briefs, or testify themselves?

First of all, once a case is appealed, there is no opportunity to add testimony. However, what the public can do, and this is often done through an organization, is file amicus briefs. Courts welcome those because it gives the court a different perspective of the appeal, and this is quite common.

There have been cases in the US Supreme Court where there have been almost 100 amicus briefs filed. This usually occurs in very controversial cases. To file an amicus brief you must obtain permission. The procedure requires that an application be made to the court seeking permission to file the brief. and then the Court decides whether it will be accepted. Generally speaking, most courts will accept amicus briefs because, logically, they would want to take everyone’s view on a particular subject.

Is there any approach to the US Attorney’s office that any member of the public or an animal rights organization, for instance, can consider in order to facilitate them moving forward with the appeal?

No, with one caveat: letters can be sent to the US Attorney’s office, in the form of a letter campaign for example, that indicate that we think this is an awfully important case. An appeal can be expedited, and the public can ask for the expedition.

Do you believe the act violates one’s First Amendment rights?

I do. I think in a free society people should see whatever they want as long as it is not harmful to the community. I am very much committed to that view. I think the First Amendment contributed more than anything else to the freedoms that we all enjoy and one of them is to see or read whatever we want, even though it may be terribly distasteful. I am an animal lover myself, but the overwhelming consideration is if someone wants to see a film of this type, they should be allowed to see it.

What about production of such videos?

The animal lover’s interests are adequately protected by prosecuting the people involved in these videos for animal cruelty. Every state in the Union has some form of statute that makes it a crime to harm an animal unjustifiably. So I feel the proper prosecuting authorities should prosecute the people who commit acts of cruelty against animals.

The other thing I want to be sure to mention is that whether or not this really comes within an obscenity statute is a serious question. It is a matter of record that at one point in the Soviet Union 85% of all literature was suppressed under an obscenity statute. The problem with obscenity statutes is that they are so broadly drawn and so terribly vague that you can prosecute anything or anyone under such a statute and I think the public should always be alert to that!

To learn more about the Animal Beta Project, please visit their site.

To learn more about Herald Fahringer and his practice, please visit www.fahringerlaw.com.

For more information on criminal laws and the latest news, please visit our Criminal Laws Page.