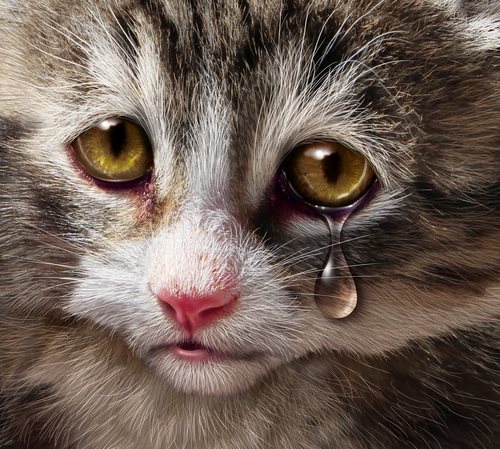 Part 2 of the Article

Animal cruelty is appalling in and of itself. From dogs being made to fight to the death, to kittens being abandoned on highways, all forms of animal cruelty are repulsive and, rightly, are a crime in all states.

However, one form of animal cruelty that has recently regained the public’s attention is a true testament to how base the human condition can sometimes be. The form of animal cruelty being referenced here are “Animal Crush” videos. “Animal Crush” videos are videos where animals are being crushed to death, or even disemboweled with a knife, usually by a woman, for the sake of the sexual gratification of, usually, a male audience.

Those who are shocked by the idea of such a practice must be asking themselves whether there is any law against it. There is.

President Obama signed into law the Animal Crush Video Prohibition Act in 2010. The bill made it a federal crime for anyone to create an animal crush video and prohibits the sale, distribution, marketing or exchange of such videos in interstate or foreign commerce. This act replaced Public Law No: 106 – 152, which prohibited the knowing sale, creation or possession of depictions of cruelty to animals with the intention of placing such depiction in foreign or interstate commerce. This statute was deemed unconstitutional by the United States Supreme Court in United States vs. Stevens for violating the First Amendment Right of freedom of speech because it was too vague and broad. Its successor, The Animal Crush Video Prohibition Act, aimed to avoid being too broad in its language by specifically banning the depictions of animals being crushed for the sake of satisfying a sexual fetish.

For animal lovers everywhere, and, truly, for anyone with even an ounce of humanity in them, the fact that there was a law against this was great news. However, no prosecution had come under this 2010 statute. Until now.

In July of 2012 someone stumbled upon an 8 minute video of a woman calling herself Cruel Meshalette mutilating and disemboweling a small cat she had duct-taped to the floor while clad in short-shorts, heels and a bra. They then send it to the organization People for the Ethical Treatment of Animals (PETA).  PETA forwards the video to the Animal Beta Project, a dynamic yet loose affiliation of animal rights activists and online detectives who have a great track record of identifying assailants and their location in animal cruelty videos they find on the web. Within 48 hours, the ABP is able to identify the woman in the video as Ashley Nicole Richards and her exact address in Houston, Texas.

This information is then sent back to PETA, who get in touch with the Houston Police Department. The Houston Police then arrive at Richards residence in west Houston, arrest her and her roommate, Brent Wayne Justice, 51, who they believe was the cameraman filming the unspeakable act. Their computer is seized, and the cops uncover more animal crush videos from it.

US District Court Judge Sim Lake, unfortunately, did not see eye to eye with federal prosecutors, and  struck down the animal crush video counts, arguing that the law was far too broad and violated the First Amendment.

The story continues, however, as federal prosecutors have last month filed a notice of appeal on the five counts that were tossed by Judge Sim Lake. They did drop the two obscenity counts and the DA’s office has re-filed the animal cruelty charges against Richards and Justice.

This truly is a fascinating case, and it is likely that most of those reading this article will be shocked that the law has been challenged on First Amendment, freedom of speech grounds.

In an effort to look behind the facts, laws.com has conducted two interviews that will give its readers meaningful insights into this case.

The first interview is with the Animal Beta Project (ABP), the group who helped bring these two individuals to justice in the first place. They talk to laws.com about the case, what they plan on doing to make sure justice is served, and their work in the realm of bringing those invovled in animal cruelty to justice.

The second interview is with attorney Herald Price Fahringer, an authority on the First Amendment. Through this interview, he informs the public of their legal options of moving this case along and his opinion on whether the animal crush bill does indeed violate the First Amendment.

Part I: The Animal Beta Project Weighs in on the Animal Crush Case

How do you feel about the district judge’s decision to dismiss the five charges against the defendants under the Animal Crush Video Prohibition Act of 2010?

The Judge’s decision was a surprise, but we understood the validity of the case and law would be questioned based on the previous United States v. Stevens case. We thought the Federal case would at least be taken in front of a jury to decide and then later appealed, but never that the presiding Judge would drop the majority of charges prior to trial.

These crush videos are deplorable and depict the most heinous form of cruelty. We doubt anyone could view one of the accused videos and think “Yes, this is a form of speech, and should be protected by the 1st amendment.”

When the Animal Crush Video Prohibition Act of 2010 was written, it focused specifically on these crush videos to make the production and distribution of them a federal violation. We understand their crush videos may only meet 2 of the 3 prongs of the Miller test to determine obscenity. But if the market for these crush videos is not dried up, then there will other people willing to take their place and kill more animals in order to make a profit.

The US attorney’s office of Southern Texas has said prosecutors are now considering other legal options in response to the judge’s decision. Are you optimistic that they will take further action?

Very optimistic! We have full faith in the US Attorney's office and support their efforts in filing a successful appeal. We respect the Judge's opinion and decision, but hope it will be reversed under appeal and the Federal case tried in front of a jury.

This case is important due to the fact it is the first case ever to be prosecuted under the Federal law. The public needs to understand there is a demand for these types of fetish videos, and they are for the sole purpose of sexual gratification to the viewer. Our opinion is these crush videos offer no redeeming value to society and need to be stopped. We hope the Solicitor General makes a decision soon to appeal!

If the US attorney’s office does not take further legal action, what would be the next step for the Animal Beta Project?

Regardless of the US Attorney's decision on this case, ABP will continue to work on animal cases in order to prevent further harm. Our goal has been to provide information to the authorities on individuals responsible for such acts.

The Houston case highlights the demand for videos showing such violent acts against living creatures for one's own personal satisfaction. It’s unfortunate that individuals get such satisfaction of out seeing others suffer.  If these people think the internet is a safe haven to discuss and distribute videos of animal cruelty, then they will be quite surprised when there is a knock at their door from local authorities.

What are some of the accomplishments of the Animal Beta Project in the realm of exposing cruelty to animals?

We focus on cruelty cases that are posted on the internet be it pictures or video. We understand the authorities don’t always have the time and resources available to investigate animal cruelty cases, so we try to assist where possible by doing the research and providing the relevant information to them.

In December of 2010, we came together when we were investigating the taping of two kittens that were suffocated in a plastic bag.  Through the course of the investigation we learned the person seen killing these kittens was Luka Magnotta out of Toronto, Ontario Canada.  We informed and worked with Ontario SPCA and Toronto Police Services over the next year and a half while Luka released two additional videos of himself killing cats, making three in total.  Our warnings to the authorities concerning the actions Luka Magnotta might take are well documented.  In May of 2012 Luka is alleged to have killed a Chinese exchange student, Jun Lin, and is currently in Quebec, Canada pending trial for murder.

Over the past 2 years, there have been several cases where information we have provided to the authorities has lead to an arrest. There is an animal fighting criminal case in Detroit pending trial where a Rapper known as “Young Calicoe” posted a 3 minute video showing off dogs claiming to be the best fighters. We provided the location of the house seen in the video to the Michigan Humane Society who worked with Detroit police in apprehending the individuals responsible.

We are currently working on several cases where information has been provided to the authorities who are investigating. These cases involve models and individuals who produce and sell videos involving animals.

What can members of the public do to help your cause in ending all manner of cruelty to animals?

Members of the public can help by reporting animal abuse they witness to their local authorities, Humane Society, or SPCA, and requesting they investigate.  As long as these types of crimes are acceptable and thought of as small petty crimes, the abuse will continue.

Should the Insanity Plea Be Abolished?

A Full Guide to Aggravated Robbery