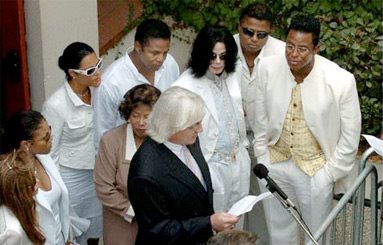 Los Angeles, CA—Criminal defense attorney Thomas Mesereau took years to find his calling in the law.  “When I graduated law school, I really didn't know what my long term future would be like,” he recalled in a recent interview with laws.com.  “So I tried various areas of the law.”

After stints at a large international law firm in Washington DC as a civil litigator, a prosecutor's office in Southern California, and at a large oil company subsidiary, Mesereau realized that he simply didn't like much of what he was doing in law.  He transitioned to a small firm and began doing pro bono and criminal defense work.

“It was the pro bono and criminal defense work that rang a bell with me,” he says.  “I began to focus more on criminal law and work on pro bono cases, volunteering my time in free legal clinics in South Central Los Angeles and various institutions.”

Aside from Mesereau defending clients in a number of high-profile white collar crime cases, Mesereau has also worked on death penalty cases in Alabama, but the ones he is remembered most for involve celebrities.  Mesereau's defense of Robert Blake in a three-week preliminary hearing garnered him accolades and publicity.  “Going into the preliminary hearing, 80 percent of Court TV viewers thought he was guilty,” he explains.  “Three weeks later, coming out of it, 80 percent of the viewer’s thought he was not guilty.”

Mesereau also defended pop legend Michael Jackson from allegations of child molestation.  “I acquitted pop legend Michael Jackson from ten felonies and of four lesser charges,” he says.  “This case had more media coverage than the O.J. Simpson and Scott Peterson cases combined.  If you recall, on verdict day, Times Square stood still.  In every capital in the world, people stopped what they were doing to find out what the verdict would be—it was an enormous case.”

Dealing with the media can present its own unique challenges and opportunities.  “What you do with the media is very case specific,” Mesereau says.  “In the Robert Blake case, I wanted cameras in the courtroom, but in the Michael Jackson case, I did not want any cameras.  My job is to defend my client, not public relations.”

Media coverage can also influence juries—and not always for the better.  “I think at this point, because there is so much coverage of trials on television, many people walk into courtrooms to serve on the jury thinking they know all about the system,” he explains.  “They actually don't.  They've seen a much distorted image of the system through the entertainment media.  We, as criminal defense attorneys, have to demonstrate that we have integrity, that we are professional, that we are not just slimy and sleazy as we are often portrayed.”

Mesereau says that he takes one death penalty case pro bono in the state of Alabama every year, and intends to continue doing so for as long as he works as a lawyer.  “I do it because it's something I believe in, and something that has given me great lessons,” he says.  “We can't just take any case, so depending on the time a case is brought to our attention, we may or may not have the ability to provide a service to that client.  We are constantly juggling who we are going to represent, and why, and where.

He has received numerous honors and recognitions such as Barbara Walters naming him one of the year’s "Ten Most Fascinating People". He has also been named "Criminal Defense Lawyer of the Year" by the Criminal Courts Bar Association, but what many don’t know is that many African American churches have honored Thomas Mesereau for his contributions for helping the poor in many communities. His zealous work in an out of the courtroom is what sets him apart from many practicing trial attorneys.

To learn more about his practice visit www.mesereauyu.com

What are the State Variations of General Robbery