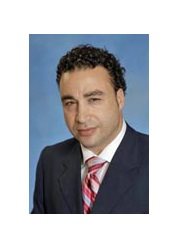 New York, NY—A. Adam Mehrfar says that the case that reinforced his core beliefs the most involved a client whose beliefs couldn't have been more different from his own.

“I had inherited a case from another lawyer, where the client had previously been convicted of homicide and was out on parole,” Mehrfar recalled to laws.com in a recent interview.  “It was alleged that in November 2001, just two months after September 11th,  this client had been on a subway train in full Islamic garb, holding a duffel bag, making anti-American statements and stating that he ‘was going to kill somebody.’ Passengers alerted the conductor, who stalls the train for investigation.  The client got off the train and when the police tried to stop him on the street he resisted.  It took several officers to hold him down.  When they finally subdued him they found a loaded gun in his waistband and more ammunition in his duffel bag.”

“Regardless of how much we disagreed on American policy and as someone of the Jewish faith myself –  I’m sure we disagreed on many matters we developed a great professional relationship over time.  He saw how hard I fought for him and really appreciated it.  For someone who had been convicted of homicide and had some misplaced notions, I found that there was a lot of humanity in him.  People would ask me how I could defend such a person, but it was never even remotely an issue for me.  My job is to defend my clients, not to judge them.”

In law school, Mehrfar focused on the only two areas of law that really appealed to him – criminal defense and entertainment law.  And after spending a few years as a Staff Attorney at the Legal Aid Society, Mehrfar started his own firm in 1999, specializing in criminal defense and entertainment law.  Fourteen years later, with a successful law practice, he says he couldn't be happier.

“I couldn't picture myself doing anything else,” he says.  “I always had a strong interest in justice related issues, and when I was in law school, it was one of the only areas that really appealed to me.”

Today, Mehrfar believes that a good defense attorney can help clients to feel less anxiety and dread about pending criminal trials.  “Being charged with a crime can take a huge toll on the accused.  I tell my clients that once they hire me, it becomes my burden to shoulder.  I ask them to go back to living their normal lives, and to trust me with handling their case.”

Meanwhile, Mehrfar says, new attorneys should remember that no matter how talented they are, nobody comes into the profession with all the knowledge they need.  “Be humble.  You won't know everything there is to know in the beginning of your career.  Each year that goes by, you will learn new things—that's why they call it practice.  I recall being a bit of a cocky young lawyer myself, and I look back now and realize that I knew much less than I thought I did.”

People considering criminal defense as a career should seriously consider if it's their true passion, according to Mehrfar.  “Only do it if you really feel it in your gut.  It's not nearly as glamorous as you see on television,” he says.  “You really have to have the burning desire to do this kind of practice, because you carry a lot of weight on your shoulders.  You are responsible for your clients' lives and freedom.”

His entertainment practice has also flourished- allowing him to have represented an extensive client list, such as New York Times best-selling author and reality TV star Bethenny Frankel, Flying Television Productions LLC, the premier talent booking and brokering firm of New York City, and many other artists in the arts and entertainment.

Having practiced law for 17 years, Mehrfar takes pride in his trial work, achieving a 71% acquittal rate, four times the average rate. There is no doubt that Mehrfar has dealt with complex cases but through his experience and perseverance he has learned to provide a zealous defense to those clients who seek him.
To learn more about his practice visit www.mehrfardefense.com

Who is John Dillinger?

Trial Nears its End for NY Man Accused of Double-Murder