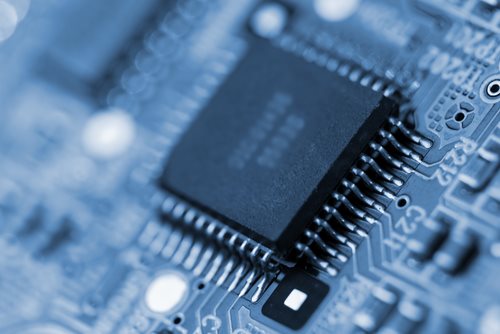 On October 3, 2012, the US Attorney’s Office for the Eastern District of New York announced that a Russian agent and 10 other members of a procurement network for the Russian Military and Intelligence were arrested while operating in the United States.  The individuals were charged for their part in exporting high-tech microelectronics form the U.S. to Russia.  The agent, Alexander Fishenko, was also charged for operating an unregistered agent for Russia while in the United States.
The microelectronics are strictly controlled by the U.S government because they can be used in military systems like radar, surveillance systems, guidance systems for weapons, and detonation triggers.
According to the indictment, Fishenko founded a company called Arc Electronics Inc. in Houston after he immigrated to the U.S. in 1994.  Between 2002 and before being arrested, Fishenko is believed to have shipped about $50,000,000 worth of microelectronics and other types of technology to Russia.  Fishenko is also part owner of Apex System LLC in Moscow, which is a supplier of military equipment to the Russian government.
In order to export the technologies, the defendants reported false information concerning the purchase of the technology, hid the fact that they were exporters, and falsely identified the technologies in record submitted to the Department of Commerce.  The FBI reports that the defendants used sophisticated techniques to hide their procurement activities with the Russian military.
The Department of Commerce also compiled a list of 165 foreign companies and persons that receives, transported, or allowed for the exportation of the technologies.  The defendants are Arc Electronics Inc., Apex System LLC, Alexander Fishenko, Shavat Abdullaev, Lyudmila Bagdikian, Anastasia Diatlova, Viktoria Klebanova, Sergey Klinov, Alexander Posobilov, Yuri Savin, Dmitriy Shegurov, Sevinj Taghiyeva, Svetalina Zagon.
FBI Special Agent in Charge, Stephen L. Morris, announced, “In this day and time, the ability of foreign countries to illegally acquire sensitive and sophisticated U.S. technology poses a significant threat to both the economic and national security of our nation.”
Source: Federal Bureau of Investigation