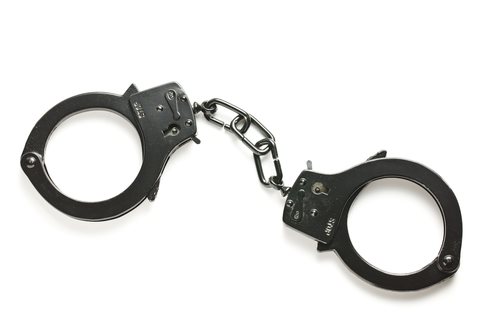 On October 4, 2012, the US Marshals Service announced that Edward Salas, a 15 Most Wanted fugitive, was arrested in Chihuahua City.  The U.S. Marshals Service coordinated with the Policia Federal Ministerial to arrest Salas.

Salas was added to the 15 Most Wanted list in December 0f 2011.  The U.S. Marshals Service reports that Salas is a convicted child killer but escaped from the Curry County Detention Center in Clovis, New Mexico in August of 2008.  He was serving a life sentence and an additional 56 years for murdering Carlos Perez, a 10-year-old boy.

The murder occurred on September 15, 2005.  Salas and his brothers, Orlando Salas and Demetrio Salas, planned to murder the brother of Carlos, Ruben Perez, in retaliation after an argument occurred at the Clovis High School.  The brothers and two individuals killed Carlos Perez instead as he was sleeping in his bedroom.

U.S. Marshal for the District of New Mexico Conrad E. Candelaria stated, “Many New Mexico communities will breathe a sigh of relief because fugitive Salas, a child killer, will no longer outrun the justice that is long awaited.  On behalf of the Marshals Service I extend heartfelt and sincere condolences to the family, friends and loved ones impacted by the horrible crime committed by Salas and other accomplices.”

After Salas escaped from prison in New Mexico, he fled to Friona, Texas until November 27, 2008.  He fled Texas after a close incident with law enforcement.

The U.S. Marshals Service reports that Salas is the second 15 Most Wanted fugitive caught in the last three months.  Another fugitive, Vincent Legrend Walters, was caught in Cancun, Mexico after he was on the U.S. Marshal’s most wanted list for just under 24 years.

Candelaria also noted, “This is another example of the extraordinary efforts by the Marshals Service, in partnership with many law enforcement agencies efforts to pursue those fugitives who strike at the core of our communities.”