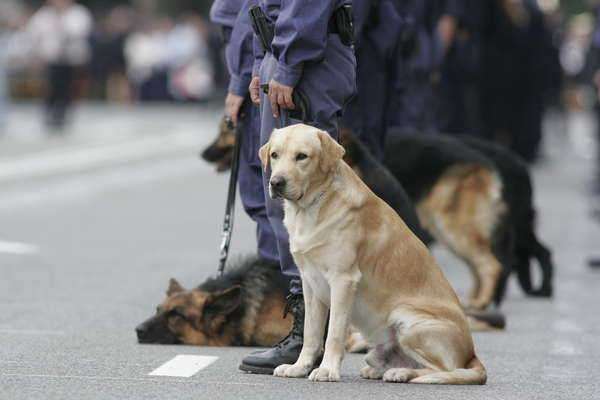 The Drug Enforcement Administration has the ultimate goal of eradicating, or at the very least, curtailing the spread of drugs on the streets through various avenues such as the manufacturing, trafficking, and distribution of illicit or controlled substances.  The first order of business for the Drug Enforcement Administration is to simply enforce the Controlled Substance Act and its legislation. However, the impact that the laws and regulations have on drug trade still remains unclear.
Though efforts have been made, some with fairly impressive results, the fact remains that drugs and controlled substances remain to be illegally trafficked and distributed. It is important to recognize that the criminal's deviant behavior is not going to change, regardless of how often these laws change themselves or adapt.
As of 2009, just over 30,000 arrests were recorded on the domestic front by the Drug Enforcement Administration. However, by comparison to previous years, 2002 was the last year to break the 30,000 mark, signifying the obvious increase in arrests, and therefore, increased activity in the drug trade.
In 2005, the Drug Enforcement Administration reported almost $1.4 billion in drug trade-related assets and $477 million in drugs that were successfully seized. At first glance, these numbers prove to be impressive, however, it is reported that in the United States alone, illegal drug trade accounts for nearly $65 billion in drugs a year. The Drug Enforcement Administration managed to seize almost one percent of how much is being trafficked in and out of the United States' borders.
Though it would be considered unfair to not give the DEA credit in its attempts to deter and limit illegal drug trade, it is important to note the statistics and the actual effectiveness of the Drug Enforcement Administration, considering that it is allowed a budget of nearly $2.5 billion dollars annually, about one-fifth of what the DEA managed to seize in drugs in 2005.
The war on drugs illegal drug trade has been a global effort, but on the domestic front, drugs and controlled substances still manage to infiltrate the country. The United States’ biggest concerns deal with the influx of the drug trade from the Mexican border. The Drug Enforcement Administration, along with the Federal Bureau of Investigation and the U.S. Border Patrol, have joined forces to try reduce the drug trade occurring along the 2,000 mile stretch of Mexican-United States border.
Though it is true that hundreds of tons of drugs and money have been seized since their coalition to stop drug trade along the border, the drugs are still making it on to the streets, proving that no matter what implementations–whether legislative or man-powered–Mexican drug lords will simply not respect any laws or regulations, and constantly and effectively circumvent any new methods imposed by the DEA to stop them.
Although the Drug Enforcement Administration has managed to stop some of the illicit drugs from flooding the streets and black markets, their effects still pale in comparison to the actual amounts still making it within the borders.

Section 114 of the United States Code