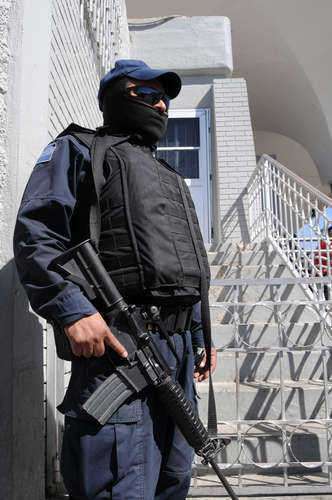 The Drug Enforcement Administration, or the DEA, has its roots that date back to President Richard Nixon’s administration. The history of the Drug Enforcement Administration dates back to the 1st of July, 1973, when it was established as part of the Reorganization Plan No. 2 legislation introduced the same year. The new law proposed for the creation of a single Federal agency designed and responsible for all of the nation’s drug control activities and policies.
Drug Enforcement Administration history begins when the Bureau of Narcotics and Dangerous Drugs, the Office of Drug Abuse Law Enforcement, and other Federal agencies that were combined to form the Drug Enforcement Agency. The first Drug Enforcement Administration headquarters was located in downtown Washington, D.C. at 1405 I Street. The new Drug Enforcement Administration began with only 1,470 Special Agents and a budget of $75 million. In two years time, those numbers would almost double, with over 2,100 Special Agents and a budget of nearly $141 billion by the end of 1975.
The consolidation of multiple Federal agencies into one single organization made it easier to focus and concentrate on all drug control efforts.  Currently, there are 21 divisional offices in the United States, with the DEA headquarters based in Arlington, Virginia, across from the Pentagon.  There are also over 220 field offices of the Drug Enforcement Administration located in 86 different foreign offices, with a budget of over $2.4 billion, and an employee roster of over 10,000, including 5,500 Special Agents.
The first Administrator in the DEA history was John R. Bartels, Jr. who served from 1973 to 1975. Bartels’ initial goals as Administrator for the Drug Enforcement Administration were to integrate narcotics agents and U.S. Customs agents into a singular, effective force. Secondly, he wanted to restore faith and confidence to the public regarding narcotics and drug law enforcement.
Bartel’s had the hard task of unifying the various Federal offices that were combined to form the DEA to work as a single, cohesive unit while also ensuring the new program’s success in meeting its overall goals of effectively fighting the war on drugs.
In 1970, the first narcotics task force in Drug Enforcement Administration history was formed and established in New York, with Bruce E. Jensen at the helm coordinating all the anti-drug efforts and investigations. The original task force started with only 43 members, and currently has over 211 law enforcement personnel among its ranks. The new task force proved to be effective by producing 69 arrests alone in 1973 of drug traffickers of cocaine.
The first years of the DEA history also saw the creation of some of its more important and key programs, such as the Diversion Control Program in 1971, the DEA Intelligence Program in 1973, and the Drug Abuse Warning Network in 1974.  The Diversion Control program was created to concentrate on the misuse and abuse of legal and pharmaceutical drugs and substances and continues to be an important factor in today’s study and research of the diversion issue regarding the misuse of controlled substances.
The DEA Intelligence Program was created to provide for a systematic study and approach to research that would prove essential in gathering information regarding all aspects of drug enforcement.  George M. Belk was the first Assistant Administrator for Intelligence and was in office from 1973 until 1975. The Drug Abuse Warning Network was a program implemented to assist the Federal Government in the study and research of drug abuse in the United States provided by hospitals that collect data to supply to the program to assist in their overarching goal.