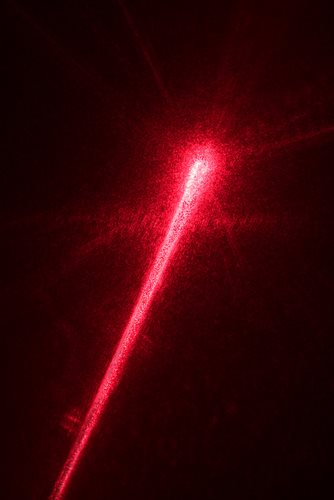 On November 21, 2012, the US Attorney’s Office for the Eastern District of Missouri announced that Michael Brandon Smith of O’Fallon, Missouri, pled guilty to pointing a high-powered laser at a Metro St Louis Air Support Police helicopter on May 18, 2012.


The helicopter soon flew toward the direction of the laser and was struck again.  The pilot and observer were still able to tell the source of the laser was coming from the 2700 block of Red Cedar Parc Drive South in O’Fallon.  Smith was intoxicated and standing in the driveway with the laser by the time O’Fallon police reached his residence.  The observer onboard the helicopter suffered some short-term visual loss from the laser.


Tim Feeney, Acting Special Agent in Charge of the FBI’s St. Louis Division, stated: “Shining laser pointers at aircrafts is not harmless.  It is dangerous for pilots.  This case is among the first nationwide to be prosecuted under a new federal law that specifically says pointing a laser beam at an aircraft or its flight path is a federal felony.”


The case was investigated by the FBI and the O’Fallon Police Department.