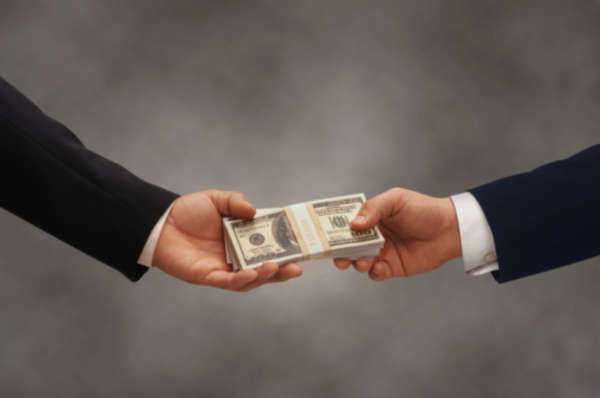 Cultural differences in the understanding of bribery are some of the most difficult hurdles to overcome when dealing with international politics. What might be perfectly commonplace in one nation of the world, in another could be interpreted as an unforgivable act of bribery. A very basic example includes tipping, the practice of leaving a gratuity for services from a waiter or waitress, or a bellboy. While in America, tipping is very much commonplace and considered the norm, in other societies, tipping is viewed as a form of bribery and is frowned upon.
Furthermore, in some societies, other forms of bribery fall under the same purview as “tipping”, and therefore bribery itself becomes more acceptable. For instance, in America it is against the law to give a public officer a gift as a reward for acting in his official capacity. This is considered bribery charges under American law. But in some Arab countries, the concept of baksheesh covers some bribery of this sort, such as when a faqir asks for baksheesh, and is socially acceptable.
Even the United States does not have a uniform legal understanding of when bribery charges would apply to certain actions in that there are several exceptions which may not, at first glance, make sense. The Foreign Corrupt Practices Act of 1977 prohibits bribery of foreign officials for the purpose of obtaining foreign business contracts, but it specifically allows facilitation payments to be made.
These facilitation payments, or “grease payments,” are payments made specifically to increase the speed at which an official might perform a duty which he was already bound to perform. In other words, grease payments are not bribery charges because the official is already going to perform this duty. The grease payment simply means that the official will perform the duty sooner.
Grease payments might violate local laws, but are federally permissible, even if they are socially perceived in a light similar to bribery charges. And yet, in other countries, grease payments of this sort are not only perfectly legal, but are commonplace. The provision of the Foreign Corrupt Practices Act that allows for grease payments was likely instituted to allow for dealing with foreign officials on the terms of their own cultures, in which grease payments are not considered bribery and are often expected.
As another example of cultural differences, American law and culture accepts, if somewhat begrudgingly, the presence of monetary contributions to political campaigns. Though these are often restricted to certain limits and avenues, such contributions are still commonplace, and often perceived as necessary for running a wining political campaign. In other countries, however, such a practice would not only be considered immoral, but it would also be illegal.
Bribery does extend outside of the purely legal or governmental realm, especially in terms of what forms of bribery are socially acceptable and which are to be frowned upon. In some formerly Communist countries, such as those that formerly were in the Eastern Bloc, bribery may be expected and customary in order to obtain health care from doctors working for the Communist government and not in the private sector. Such a practice would be frowned upon in America, but might not fall directly under bribery laws, as doctors are not paid government officials. It would, however, likely cause trouble for the doctor with the American Medical Association.
In the end, cultural differences in the understanding of which actions deserve bribery charges can easily lead to any number of unfortunate inter-cultural incidents, including situations in which citizens of one culture perform an action they deem perfectly normal, while inside another country’s legal jurisdiction. Understanding the customs and laws of another culture concerning bribery is critical when contemplating business or any kind of dealing with members of that foreign culture