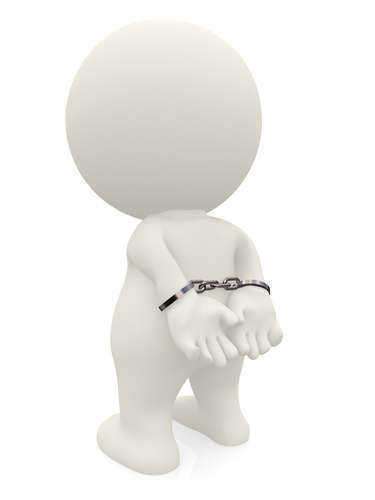 Aggravated felonies are considered a specialized category of crime all their own, created primarily for use in deportation proceedings to define a “deportable” crime committed by any non-citizen of the U.S. While the term “aggravated felony” may understandably suggest that the crime committed was a serious and violent one, the most important distinction to make between aggravated felonies and regular State-defined felony offenses is that immigration courts use “aggravated felonies” to connote a wide range of crimes which are often quite a far cry from what a felony typically implies, and often very unfairly so.
While the specific conditions surrounding a non-citizen and the crime committed will naturally vary with each case, often illegal aliens and permanent U.S. residents with a green card alike will find that their seemingly minor offense, like a DUI, shoplifting of cigarettes, etc., can turn into an aggravated felony charge within immigration law. This disparity is mainly due to the lack of a precise aggravated felony definition. For instance, “crimes of violence” can technically mean most anything if the case is argued well enough, especially if the accused has a criminal record of any sort.
In the most basic sense, regardless of how long a person has resided in the U.S. and whether or not his or her offense is considered to be an actual felony under State law, aliens charged with an aggravated felony under immigration law are at risk of having their current status of U.S. residency revoked permanently, as well as being denied entrance to the U.S. permanently, unless a pardon has been granted through a specific re-entrance application. All persons deported will not be able to receive asylum in the U.S or gain citizenship rights in the future as well.
Although aggravated felony charges were originally inserted into Immigration Law to specifically deem murder, drug trafficking, and firearm trafficking offenses of aliens subject to deportation, the list of “deportable” crimes has grown significantly since the original 1988 Immigration and Nationality Act was instated which defined these terms. Currently, some of the crimes classified as aggravated felonies under Immigration Law include, but are not limited to, the following:
Homicide, voluntary and non-voluntary
Any crime, sexual or non-sexual, committed against a minor
Any rape or sexual assault, and many child pornography crimes
Any drug-trafficking crime (all controlled substances included)
Any illegal trafficking of firearms, or “destructive” devices
Any crimes involving firearms or “destructive” device
Any “crime of violence” resulting in a prison sentence of over one year; being that aliens are not permitted the right to a State or federally-supplied attorney, if they have insufficient funds to hire a lawyer specialized in aggravated felonies, most crimes- and mere attempts to commit crimes- can easily lead to a year or more in prison
Money laundering, bribery, counterfeiting, and forgery crimes of most any kind (including even a forged check)
Counterfeiting, forgery, or bribery in vehicles with unauthorized ID numbers
Perjury or obstruction of justice resulting in a prison sentence of over one year
Any crime of fraud in which the total loss is greater than $10,000
Passport fraud resulting in over a year in prison
Any crime of theft, including burglary, resulting in one year or more in prison
Any crime pertaining to the demand of a ransom
Any racketeering (operating an illegal business to make profits) crime resulting in one year or more in prison
Any prostitution crime
Failure to appear in court for a charged crime bearing a potential sentence of two years of more, or failure to report to and serve out a prison sentence
Illegally entering or reentering the U.S. (the majority of aliens), as well as illegal smuggling of any individual into the U.S.
Disclosing information pertaining to national security
One of the most important conditions of an aggravated felony is that any crime deemed an attempt or “conspiracy” to commit the above-mentioned crimes will also lead to deportation proceedings. Furthermore, deportation proceedings are often carried out fairly quickly, and if a alien cannot supply a lawyer immediately due to a lack of funds, deportation will be carried out as soon as the alien serves his or her prison sentence.
For most cases, the primary judge of a crime will be an Immigration Committee, not Federal courts. Although under the law, Federal courts have the potential to distinguish between an “aggravated felony” and a petty crime, the amount of non-citizen criminal cases which actually go to Federal court are extremely minimal.

What are Some Types of Child Abuse?