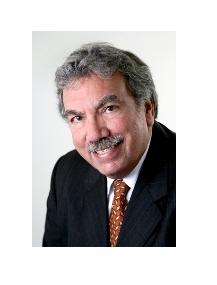 Washington, DC—Named as a 2012 “Super Lawyer” by the Washington Post, Cary Feldman has been working as an attorney for 38 years.  He has been in private practice around stints as an Assistant U.S. Attorney and as the Deputy Independent Counsel for the investigation of Bruce Babbitt, former U.S. Secretary of the Interior. Today, Feldman specializes in white collar criminal defense, working since 2002 as a partner at Feldesman Tucker Leifer Fidell.

Feldman thinks that the biggest case he was ever assigned may well have been his first. “I was working on the Watergate case representing the former Attorney General of the United States, John Mitchell.  I did extensive work on that case, where I was exposed to a lot,” he said in a recent interview with laws.com. “One lesson I learned from that case was not to be surprised when judges don't decide issues as they otherwise might when a case is under the public eye.”

Not all clients are equally easy to represent, Feldman says. “I use three measurements to assess my clients,” he told laws.com, “which I've borrowed from the legendary Edward Bennett Williams, one of the earliest and foremost white collar criminal defense attorneys and founder of the law firm of Williams & Connolly. The first rule is that a client should truthfully tell me everything there is to know about his or her case; second, a client should follow my advice and counsel; and third, the client should pay my bill.”

Bad clients, according to Feldman, “will usually follow none or just one of these rules, and the best clients follow all of the rules.” Feldman's prestige as a criminal defense attorney has brought high profile clients, who can sometimes be a handful for even a seasoned attorney. “Celebrities must be reminded of these guidelines–particularly to follow my advice and counsel– because they are used to calling the shots and doing things their way.”

As a criminal defense attorney, Feldman says that his greatest challenge came after the implementation of  federal sentencing guidelines that resulted in lengthier sentences in white collar cases, and consequently greater pressure to avoid prosecutions or minimize the length of sentences through plea agreements. “When these guidelines came along, I felt it was a terrible public policy decision. It changed the way things were done. The risks of going to trial became so great, and I had to place greater emphasis on reducing those risks, which often meant avoiding going down the road to trial.”

Feldman says that professionally, he is always looking to go to trial, but today trials are rare for his clients. “It's not a good idea to try a case unless it is triable, although sometimes the defendant has no choice but to go to trial.” In the rare event that a case does go to trial, “the defendant must be prepared not just financially, but emotionally as well.”

After a long career in law, Feldman says he's still not too busy to help future attorneys—for him, it's just a matter of paying it forward. In fact, he says that his inspiration to become a criminal defense attorney came all the way back to early in his first year of law school, when two lawyers from the Public Defender Service for the District of Columbia spoke to his class and recruited him as a student investigator. “If a student or anyone interested in pursuing a career in criminal defense approaches me, I always find the time to talk to him or her, because when I needed guidance and advice as a student, other attorneys were there to help me.”

Section 111 of the United States Code

Some Helpful Facts About Aggravated Assault