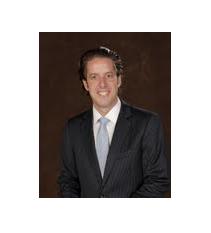 Waukesha, WI—Anthony Cotton first realized that he wanted to become a criminal defense attorney while working thousands of miles from home.

Cotton says that criminal defense is in his blood: “Both my mother and stepfather practice criminal law.  I grew up witnessing how injustice could happen and how innocent people can be prosecuted.  I practice criminal law for the right reasons, to defend those wrongly accused of a crime.”

Defendants in the United States, according to Cotton, face major obstacles that are largely economic and financial in nature.  “Their biggest challenge is to make sure there is sufficient funding available to hire a defense attorney,” he says.  “Today, there is a lack of funding at the state and federal level to provide those accused of a crime with a proper defense.  This causes defendants to face delays in their cases.”

Starting out as a criminal defense attorney isn't easy, says Cotton.  “Any law student who wants to practice criminal law has to be prepared to work 100 hours a week.  Be prepared to have a very limited social life during the formative years of your practice.  In the beginning, you're earning a very small amount of money and working long hours.  Sometimes you have to go see clients in jail and be available 24 hours a day.  Crime doesn't take a break!”

Justice matters to Cotton, who says that he'll sometimes reduce his fees significantly for clients accused of disorderly conduct.  “I take a lot of cases for people who are charged with disorderly conduct because of things they may have said.  To me, it's wrong to charge someone based on the content of their speech, because they are entitled to exercise their right to freedom of speech.”

To Cotton, the most rewarding experience as a criminal defense attorney is successfully getting an acquittal, especially for a high profile case.  “Just recently,” he says, “I resolved a case that lasted 3 years, for a man who was falsely accused of animal abuse and sexual assault.  We were able to clear him of all charges, with no criminal conviction.  It was extremely rewarding, because my client was unfairly prosecuted based on weak evidence.”

The vast majority of cases today end with plea deals, not trials, and Cotton understands why.  “Nine times out of ten, the prosecution has more resources than the defense,” he says.  “Lack of financial resources can be another reason why a defendant may choose to accept a plea deal.”

Additionally, according to Cotton, some defendants simply feel overwhelmed by the charges.  “Today, there are myriad crimes a prosecutor can charge someone with—and it makes it extremely risky to go to trial.  Defendants feel hopeless at times.”

However, Cotton says that this is all the more reason to make sure that if someone is charged with a crime, they find the right lawyer: “The best attorneys I know,” he says, “do not believe there is a hopeless case.”