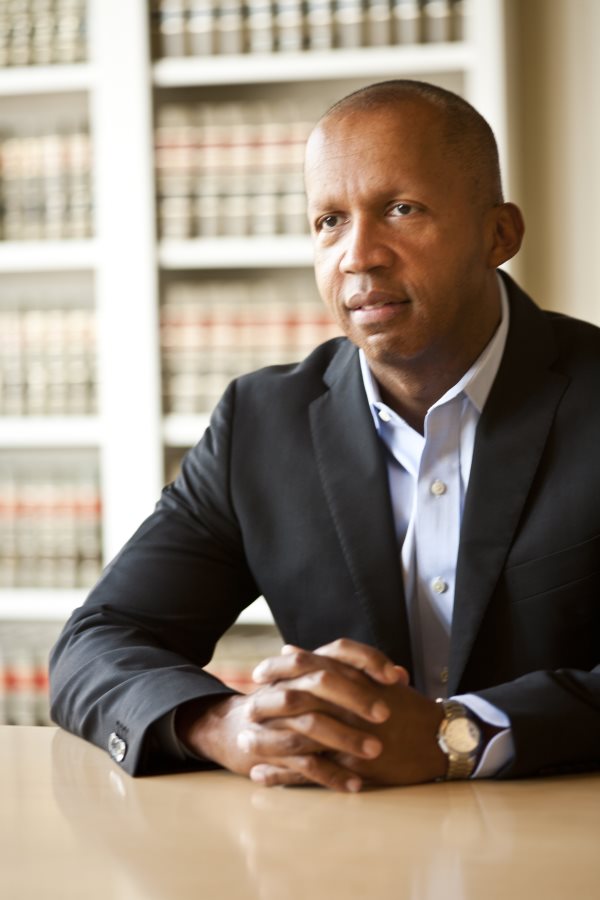 Montgomery, AL—Shortly after moving to Montgomery in the 1980s to work for the then-new Equal Justice Initiative, defense attorney BryanStevenson got to meet one of the biggest icons of the civil rights movement: Rosa Parks, the black activist who most famously was arrested for her protest of an unconstitutional Alabama law requiring black riders to sit in the back of buses when whites wanted a front seat.

“There were actually three amazing people there who were involved in the Montgomery bus boycott,” Stevenson recalled of the meeting in a recent interview with laws.com.  “One was Rosa Parks.  The other two, you may not know: Ms. Johnny Carr, who organized the Montgomery bus boycott, and Virginia Derr.  They invited me over to their house and they were all on the steps talking for about two hours, and finally, after a couple of hours, Ms. Parks turned to me and she said: 'Now, tell me, Bryan, what are you doing here in Alabama?”

Stevenson told her about his plans for the Equal Justice Initiative—how he wanted an organization that could work to get innocent people off death row, end mass incarceration, and stop racial bias in the criminal justice system.  When he was done, he says, “Ms. Parks looked at me and shook her head, and said, 'mmmh, mmmh, mmmh, mmmh,' she said, 'That's going to make you tired, tired, tired.'  And Ms. Carr leaned forward, and she put her finger in my face, and she said, 'That's why you've got to be brave, brave, brave.”

“Brave, brave, brave” is exactly what Stevenson has been.  His remarkable life has taken him on a path from the “colored” elementary school in his rural Delaware town to Harvard Law School, to working in the Deep South to get innocent people off death row.  Today, he is known as one of the most dedicated and talented attorneys and legal scholars working on the issue of injustice and bias in the criminal justice system.

In this kind of highly politically charged work, Stevenson says emotions are an asset, not a liability.  “My emotions are a part of when I manage these cases,” he told laws.com.  “It's quite emotional for me, but what keeps me strong is knowing that they need me to be a strong advocate.  I have been successful in my career, and this is what has energized me and kept me motivated to continue.  EJI holds its offices in a historical space, with all the souls around it to remind me to keep an eye on the prize.  It keeps me honest.”

The historical space Stevenson refers to is a former whites-only school on Montgomery's Commerce Street, which was an infamous slave trading space before the Civil War.  Slave auctions were held not far from where Stevenson's office chair sits today—and Stevenson's work has drawn important parallels between America's contemporary system of mass incarceration and antebellum slavery.

Children are of special concern to Stevenson, who has rallied against the sentencing of children as adults and has worked to end the school-to-prison pipeline that has been imposed upon many young black men.  Stevenson's work with the EJI was instrumental in leading to the Supreme Court decision ending sentences of life imprisonment without parole for juveniles, which he describes as “an energizing and gratifying experience—there is still a lot of work to be done, but it is encouraging.  We are hopeful that we can continue to make progress.”

Stevenson has freed people from death row and from prison, and he knows his work is far from done, no matter how “tired, tired, tired” he gets.  To would-be attorneys wanting to make a difference, Stevenson gives this crucial piece of advice: “Make sure you can handle being uncomfortable, because you can't create justice without it.”

Love of the Law was Inspired by a Love of History...