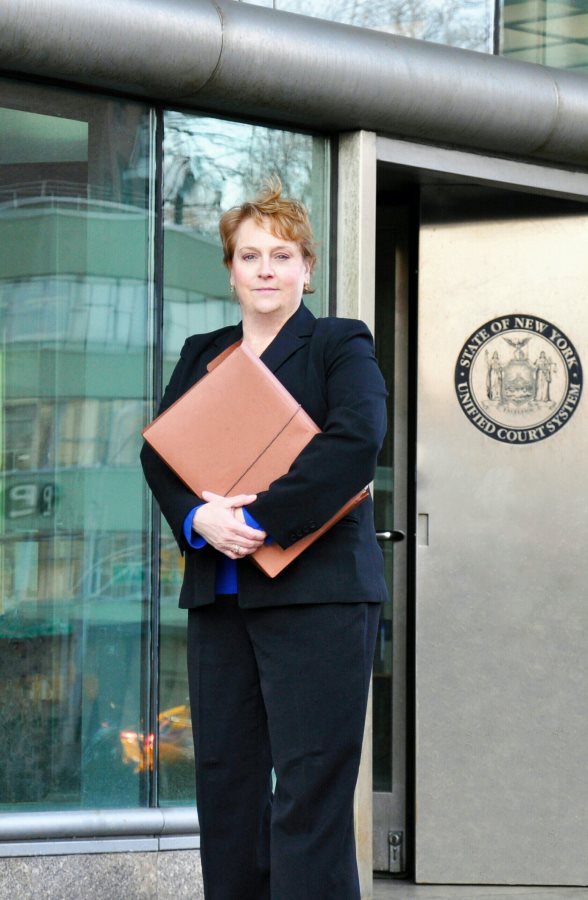 Queens, New York—Some criminal defense attorneys start in the public defender's office, defending clients who don't have the money to afford their own lawyer.  Some, however, start on the other side of the criminal law fence, in the prosecutor's office.  Rochelle Berliner, a talented rising star in the criminal defense legal world, has been bringing her expertise from working with the D.A. to her job defending clients from all walks of life.

Berliner knew from the time she was in law school that she wanted to work in criminal law.  “The initial reason,” she said in an interview with laws.com, “was that criminal law offered something different each day.  Instead of working on a small piece of a very big case over a very long period of time, criminal law would allow me to be involved in multiple cases where the effects are almost immediate.”

The instant gratification afforded by criminal practice was something that Berliner first encountered while working for the District Attorney's office for New York County, in the office of Special Narcotics.  Berliner felt that she was “making a contribution to society” in her prosecution job, while also having the opportunity to handle different cases every day.

Her switch over to the defense side of the law came in May 2005.  Opening her own criminal defense practice in Queens was a decision Berliner says she made for philosophical reasons.  “I knew I was ready to become a criminal defense attorney when I realized that the people I was prosecuting were human beings with families and futures,” she said.  “I realized that I could make more of a difference helping people repair their lives.”

Berliner says that it's hard to tell what percentage of potential clients who walk through her door she ends up defending, but says that there are things she won't do to get a client.  “I never sugar coat the truth,” she said.  “Those folks who want to be told what they want to hear—even if it is not the truth—will usually hire the person who tells them what they want to hear.  Folks who want the truth will trust me.”

As a criminal defense attorney, Berliner says she's happiest about “being able to fight for a person's rights and future and being successful at it.”  Her proudest moment on the defense side of the courtroom came when she represented two brothers who had been accused of selling drugs to undercover officers working for the New York Police Department.

Berliner and her co-counsel brought video evidence to the court showing that the undercover officers had been lying about the events of the evening.  The video evidence resulted not only in the brothers' case being thrown out, but also the successful criminal prosecution of the police officers involved.  “The brothers then successfully sued the city for false arrest and other claims,” Berliner says—another example of how her firm is able to put things right when people have been unfairly prosecuted.

Providing representation for clients throughout the New York City area, Rochelle Berliner is an active member of the Queens County Bar Association and both the National and New York State Association of Criminal Defense Lawyers.  She also belongs to NORML, which attempts to lobby for the repeal of marijuana related criminal penalties, and the National Police Accountability Project.

Facts About Search and Seizure of Digital Evidence