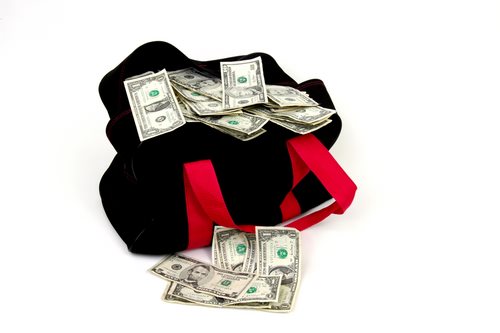 On October 16, 2012, the US Attorney’s Office for the District of Maryland announced that Regina McCullom, also known as Regina Wilson, pleaded guilty to a gun charge and conspiring to rob an armored car when the car was transporting a large amount of cash.


During a former guilty plea, McCullom admitted that she and her son, Erik Wilson, planned to rob an armored car at gunpoint.  Erik Wilson worked for Dunbar Armored and knew the robbery was going to occur on when the armored car was traveling throughout Washington D.C.  He acted surprised when the co-defendants robbed the armored car and made off with roughly $210,000.


A second robbery occurred on April 29, 2009.  McCullom drove her son and David Howard to an apartment complex in Silver Spring, Maryland where they put on fake beards.  McCullom waited with the first vehicle as Howard and Erick Wilson left in another vehicle to rob a Dunbar truck.  The second robbery occurred on New Hampshire Avenue, and Wilson was able to steal $160,000 and the Dunbar guard’s handgun.


The two men then traveled back to the apartment complex and met McCullom.  She left in a taxi with the money and handgun in a duffel bag.  She returned home and met her son and Howard at a hotel in Columbia.  They divided the cash in a room.


Erick Wilson and David Marquise Howard pleaded guilty to the two armed car robberies.  They will be sentenced on November 20-21 of 2012.

An Overview of the Drug Enforcement Agency