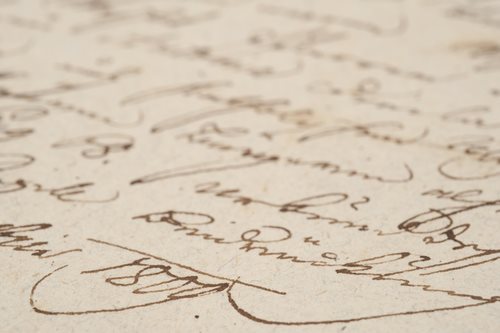 On November 9, 2012, the US Attorney’s Office for the District of Maryland reported that Jason James Savedoff of New York, New York was sentenced to 366 days in prison and two years of supervised release.  He conspired to steals original documents from Abraham Lincoln, Franklin Roosevelt, George Washington, John Adams, and multiple other historical figures from museums and historical societies.


Before stealing the documents, the two men made lists of documents from important historical figures and figured out what signatures had the most value.  They often visited the museums and posed as researchers.  They used aliases to hide their true identities, and they stole the documents by hiding them in hidden pockets in their sport coats and outerwear.  The co-defendants were able to distract museum curators as they stole the documents.


When Landau’s apartment was searched, authorities found of 6,000 items that were stolen around the United States.  These documents were signed by George Washington, John Adams, Franklin Roosevelt, Marie Antoinette, Karl Marx, and Sir Isaac Newton.  The documents are in the process of being returned to museums and proper owners.


Landau was sentenced to seven years in prison, and he is required to pay restitution of $46,525.

The Truth About False Representation