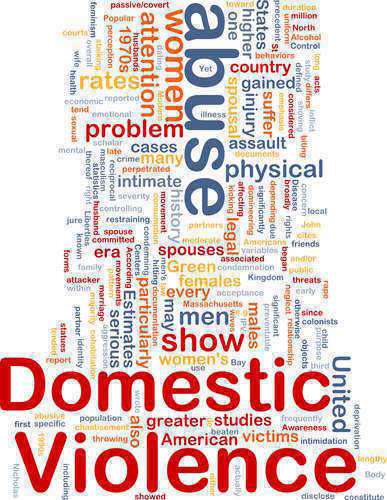 Manavi was established in 1985 as the country’s first organization to specifically address the needs of South Asian women victims of domestic violence. It is a New Jersey-based organization and its programs involve providing direct services to survivors of domestic violence, grassroots organizing within the South Asian community, and advocacy. Its name, Manavi, means “primal women” in the Sanskrit language. It is a secular organization and provides services to all women.

The following is an interview with (unsure of name) of Manavi on her thoughts and feelings about the recent reauthorization of VAWA, and the work of her organization in the realm of domestic violence.

This iteration of the Act makes it possible for community based organizations as well as other state and governmental agencies to continue to provide critical and life-saving services to women affected by various forms of cruelty: such as domestic violence, sexual assault, trafficking, stalking etc. through the various streams of funding.   Manavi has been part of the grassroots movements that led to VAWA in 1994, working closely with many allies to obtain and collate information, draft portions of the initial legislation, and rally the necessary forces for passage of the Act.  Each and every reauthorization has been significant for the community we represent for creating access and benefits for women who would have had no other way to obtain safety and make a different life for themselves and their children.  Many of the immigration provisions, access to housing and public benefits, the Full Faith and Credit Provisions, LEP (Limited English Proficiency), provisions for LBGT (Lesbian, Bi-sexual, Gay and Transgender),  and funding enable Manavi to continue to work with women as well as allies in the state and the nation.

VAWA has also enabled Manavi to work closely with other South Asian Women’s organizations (SAWO’s).  Manavi hosts a biennial conference where members from all the SAWO’s gather to exchange ideas, debate critical issues, challenge each other and forge new pathways to working with many marginalized women within our communities.

For 29 years now, Manavi has worked towards empowerment, liberation and justice for South Asian women.  The passage of this iteration of VAWA recognizes the efforts of community based organizations to challenge norms and ideas that perpetuate the subjugation of women.

Do you believe the new version of VAWA goes far enough to protect women against domestic violence?

In the evolution of VAWA, each iteration has provided more and more benefits for women in immigrant communities such as South Asian to overcome barriers.  These have included reaching out to law enforcement, accessing the courts for safety, obtaining immigration relief, and obtaining housing and public benefits.  Each of the iterations has also revealed what works and what does not work and where the work is for the future.   Many of the women who approach Manavi have been able to use the immigration provisions.  Some of the added provisions are helpful for many women who are undocumented such as protections for fiancées was an important advancement.    However, many of the women who are on H dependent visas are unable to forge an independent path.  While some use the U visa provisions, nevertheless, we still have to figure out what other avenues exist.

Additionally, many of the provisions for sexual assault and campus programs are essential in our communities.  Sexual violence remains a taboo subject in South Asian communities.  Along with the current events in many of the South Asian countries, there is impetus to raise the issue of sexual violence as evidenced by the many vigils and activities around the issue in our communities.  VAWA will allow us to do much work in the community on this issue, especially among the youth and those on college campuses.

What are some of the unique circumstances of South Asian domestic violence victims?

There are several unique challenges faced by South Asian women, who are victims of violence.

Language plays a big part in the lives of South Asian women.  It is a challenge for women when they attempt to access services or law enforcement, or the courts if they do not speak or understand English.  Interpreters for some of the languages and dialects are not readily available leading to many missed opportunities.   Unbiased professional interpreters in some of the languages are hard to come by and there is very little accountability.

Cultural reality is another challenge faced by South Asian women. Many women fear the repercussion of speaking out about the violence or attaining a restraining order or divorce within the community and their families.  There is a strong social stigma around a broken marriage and sexual violence, and for women to reach out for support and take a stand, is very difficult. Many in the systems and institutions may not understand the reluctance or the recantations and brokering cultural exchange is an important service provided by Manavi so that other players can understand where the women are coming from and the reluctance that shapes specific behaviors.

Immigration status is also a challenge for South Asian women. Many women are on a visa status dependant on their spouse. Many of these visas have restrictions such as not being able to drive, work, or have a social security card. This isolates them in many ways and also forces them to be subject to their spouse’s control and abuse.  For the women who have children born in the US, the option to leave the marriage is not an easy one because of custody concerns.  Understanding the provisions of the laws in the US vs. the South Asian laws and its impact on families and relationships is critical for women to make decisions that are empowering in the end.

What has your organization been able to achieve in terms of advancing the cause of South Asian domestic violence victims?

On a day to day basis, Manavi provides several options for the women who call us. We provide peer-supportive counseling that is language specific, culturally specific and recognize that women may have newly emigrated from South Asia may be unaware of their rights. We are able to walk them through their rights and the risks of all the possible options available so that they can make decisions that are best suited to their circumstances.   We also hold support groups and provide a safe space for women to talk about what they have been through and gain emotional support from their peers.

Manavi provides a safe home called Ashiana, which is in an undisclosed location, where women can get their bearings and make informed decisions about their lives. Manavi provides free legal clinics, legal referrals, and court accompaniments to help the women feel supported throughout the difficult process of using the legal system.

Through our outreach and education program, we raise awareness about the various forms of violence against women in our communities and provide information and resources.  We work closely with our allies in the domestic and sexual violence movements and provide trainings to them as well as law enforcement and court staff on how to better work with South Asian women.

Manavi has been at the forefront of the movement to end violence against women as the first South Asian women’s organization founded in 1985.  Working and challenging our allies locally and nationally we have provided innovative ideas and cutting edge work in our 29 years.  This has been helped by our continued involvement with many of our sister organizations in South Asia.

Do you believe the South Asian community in the United States has come a long way since the initial passage of VAWA in 1994?

We do believe that since the initial passage of VAWA, the South Asian community has made remarkable progress.  Even in the early years, many of the community members supported our work since we never wanted funding to dictate what needed to be done in the community.  Many segment of the community struggled with us and many did not. But clearly a lot still needs to be done. Violence against women is still a big issue in the South Asian community and although people are more open to talking about it, there are still many barriers that women face. Some of the newer provisions on sexual violence and campus grants will help us move into new areas of work with the support of our communities.

A Short Explanation of Medicine and Bribery