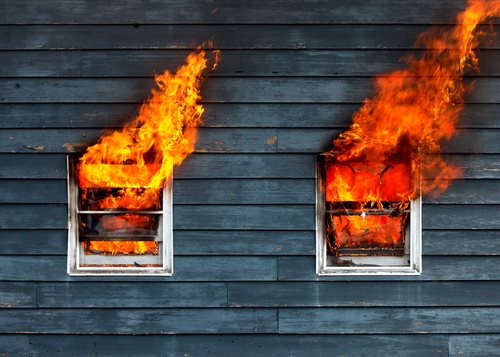 On October 18, 2012, the US Attorney’s Office for the Northern District of Ohio announced that the suspect for the arson of the Toledo-area Mosque has been indicted on two counts.


The suspect, Randolph Linn, of St. Joe, Indiana, is charged with “intentionally defacing, damaging, and destroying religious property because of the religious character of that property” and “using a fire to commit a felony.”


The crimes occurred on September 30, 2012, after Linn drove from Indiana to the Islamic Center of Greater Toledo in Perrysburg, Ohio.  Reports indicate that Linn broke into the Mosque in the evening and proceeded to light the prayer room on fire using gasoline.  The fire department was notified at 4:58 p.m., and investigators found a red plastic gas can in the middle of the prayer room after the fire was put out.


Police released photos from the surveillance video on October 1, and a woman contacted authorities the next day.  She recognized a sweatshirt Linn was wearing after she saw a YouTube video he posted months before.  During the video, he complained about the Muslim community and stated Muslims get away with too much in this country.


Linn was arrested at his place of employment on October 2.  Linn’s car was sitting in the parking lot, and there were three firearms in his vehicle at the time of his arrest.


Robin Shoemaker, ATF Special Agent in Charge for the Columbus Field Division, stated: “This senseless act of arson against a house of worship is incomprehensible and will not be tolerated, as ATF will actively pursue and bring those responsible to justice.  The individual responsible for this act will be held accountable.  ATF will continue to work in collaboration with our federal and local counterparts to ensure that justice is serviced.”

The Truth of Larceny By a Finder