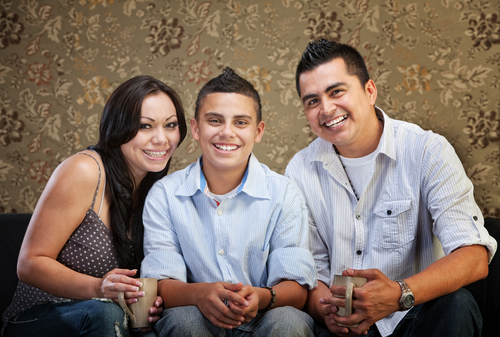 The Violence Against Women Act has been reauthorized and signed into law, signifying a huge step forward for victims of sexual and domestic violence all over the United States. The Violence Against Women Act provides funding for the training of over 500,000 prosecutors, judges and law enforcement officers annually so that they are better able to respond to the victims of sexual and domestic violence.  In addition to re-establishing the older provisions pertaining to intimate partner violence, it provides newly established legal protections for Native American women.

Mending the Sacred Hoop started with a Native American women’s support and advocacy group for the survivors of domestic violence founded in the 1980s in Duluth, Minnesota. It initially began as a Native program under the Domestic Abuse Intervention Programs, but became an independent Native owned and operated non-profit organization in 2006. It works both locally in Minnesota and provides valuable technical assistance and training to Native American communities nationally.

The following is an interview with Holly Oden of Mending the Sacred Hoop on her opinion regarding the recent reauthorization of VAWA and the historic provisions it includes for Native American women, and the work of her organization in the realm of domestic violence.

The recent passage of the VAWA can be viewed as a statement on the status of women in this country in that intimate partner violence, dating violence, sexual assault and stalking are predominantly crimes against women. Nationally, over 85% of domestic assault victims are women (Bureau of Justice Statistics Crime Data Brief, Intimate Partner Violence: 1993); almost one-third of female homicide victims were killed by an intimate partner (Federal Bureau of Investigation, Uniform Crime Reports: 2001) – for Native American/Alaska Native women this statistic is 31%; 1 in 6 women report that they have experienced sexual assault (for Native American/Alaska Native women the rate is 1 in 3), as opposed to 1 in 33 men nationwide. The recent passage of the VAWA recognizes the gendered nature of the violence – women in this country are victimized because they are women.

Prior to the passage of the Act (through, primarily, Supreme Court decisions), tribes had no authority to criminally prosecute non-Native offenders who committed crimes within the tribe's jurisdiction. Essentially, if a non-Native man committed domestic assault against his Native wife, girlfriend, significant other, the tribe had no criminal authority to charge, prosecute (and in many cases even arrest and hold) the non-Native person committing the criminal act within the tribe's jurisdiction. Keep in mind that a high number of non-Native people live in tribal communities (upwards of 85% in some communities) and also, that for Native women nationally, the rates of assault are 3 times higher than for women of other races. Additionally, the majority of those committing crimes against Native women are of another race (over 80% of violence experienced by Native Americans is committed by persons not of the same race – American Indians and Crime Report & Homicide: U.S. Department of Justice, Bureau of Crime Statistics: 1999). This year, in signing the VAWA reauthorization with the Tribal provisions intact, Congress has essentially "fixed" tribal jurisdiction over the crime of domestic assault. The VAWA still needs to be funded in order to implement certain of its provisions. This is of particular importance regarding tribal authority to criminally prosecute domestic assaults, as many tribes, particularly in Public Law 280 states, do not have tribal criminal courts. The VAWA will make funding available to develop tribal courts with the ability to prosecute these crimes.

What are some of the unique obstacles and challenges facing Native American domestic violence victims?

In common with non-Native victims of domestic violence, Native victims of such violence face obstacles and challenges to safety that are particular to the community in which they live and are victimized. For example, if the community is rural, isolated, small and strongly inter-connected, this can be a great barrier to the victim in seeking cessation of the violence and safety for herself and her children. If the community has no response or a poor response to domestic assault this directly impacts her ability to report. If there are no services in place (shelter, for instance) her safety is severely compromised. If she must seek safety by leaving her community, she is impacted on many levels: loss of supportive family members and friends, loss of housing, children uprooted from their friends, school, and activities, and she also faces economic impacts.

Some barriers specific to Native American/Alaska Native women who are being battered in Tribal communities may include: 1) Jurisdictional issues – where the crime takes place: is it reservation land, trust land, is the reservation a checkerboard reservation? Additionally, who responds to the crime is still based upon an assessment of the race of the victim and the race of the offender; 2) Lack of infrastructure: Tribal communities are the poorest communities in the U.S. – the lack of response is directly due to lack of resources for response; 3) Isolation – in some Native villages in Alaska (very remote, very isolated), state troopers can take up to three days to arrive.

In urban communities, racism is a factor both in the violence perpetrated against Native women as well as the criminal justice response to the victimization. For instance, if a Native woman calls to report a domestic assault, and is “known” to the responding officers, she is more likely to be seen as the offender (even if her husband, boyfriend, significant other has a history of domestic assault); Native women are more likely to be seen as violent. Additionally, Native women are the most victimized by sexual assault (and they also are more likely to report); however, the rate of prosecution of sexual assault of Native women is very low (non-existent in some urban communities) and can be traced back to stereotypes about Native women – that they are alcoholics, for example – and “victim-credibility” – because she is a Native woman, she is not a credible victim.

The history of colonization and the generational trauma experienced by many Native people (forced removal of both children and communities – boarding schools, removal to reservations, to name two), as well as multiple victimizations over a lifetime create great barriers to Native women seeking safety from intimate partner violence. This history also has created a well-placed distrust of systems and an unwillingness to report to systems (the removal of children, forced sterilization) – Native women currently have their children removed and placed in foster care at very high rates – repeating the historical trauma of their grandparents and parents being forced into boarding schools.

What has your organization been able to achieve in terms of advancing the cause of Native American domestic violence victims?

Mending the Sacred Hoop works to keep the voices of Native women survivors fully heard in the work to address violence against women. We began our criminal justice intervention efforts locally in 1993, working to change the way the criminal justice system and service providers in northern Minnesota responded to Native women experiencing domestic violence. We have worked nationally with tribes across the nation since 1995, when the newly created Office on Violence Against Women (OVW) approached us to provide training and technical assistance to Office on Violence tribal grantees working to address violence against women in their communities.  In 2006, MSH started a state-wide organizing effort through the Sacred Hoop Domestic Violence Coalition, keeping the voices of Native women at the forefront of the work to address domestic violence. We have also worked over the years to educate our own Duluth, MN community on violence against Native women issues, provide mentoring for batterer intervention program group facilitators, and have conducted Safety and Accountability Audits of the institutional response to Native women who have experienced domestic violence or sexual assault in order to change/enhance the response.

Mending the Sacred Hoop has worked to organize community responses to violence against women to ensure that Native women have equal access to safety and services. We work from a grass-roots level, utilizing the strengths of community in confronting and challenging myths and stereotypes that are a significant factor in the response of systems to violence against Native women.

For more information on Mending the Sacred Hoop and violence against Native Women, please visit their page. You can learn more by visiting the Domestic Violence Page.