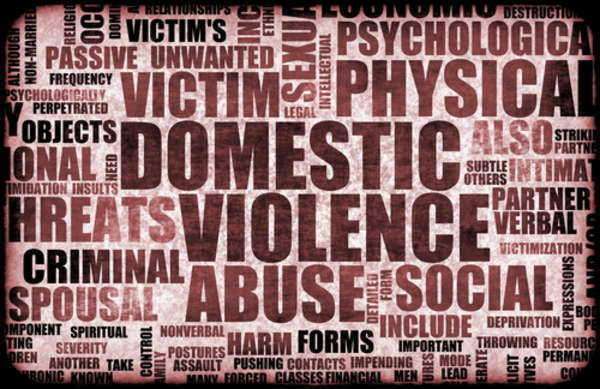 Domestic violence and abuse occurs much more frequently than most people believe that it does. Millions of people suffer from domestic abuse every year in the United States. The term domestic abuse is usually utilized in reference to abuse that occurs within intimate relationships, but can also be used to describe abuse within a household which may include individuals of various family relationships. For example, family abuse is considered to be a form of domestic violence and abuse. This form of domestic abuse can include the maltreatment of a spouse, a son or daughter, an elderly parent, or any other relative.
Intimate partner abuse is a type of domestic violence and abuse that occurs between couples. These couples can be of any age and it can include a teenage dating relationship, or a married couple. The term spousal abuse is used in order to denote abuse that is taking place within a marriage.
Each form of domestic abuse may occur in a variety of different ways. Domestic violence and abuse may include physical abuse, sexual abuse, psychological abuse, and economic abuse. Each of these types of abuse may have extremely detrimental consequences on the victim. Domestic abuse may cause extensive psychological and emotional damage to a victim, which may make a victim feel that they are helpless and powerless to control their situation.
Many individuals who are subjected to domestic violence and abuse do not escape their abusive environment. Physical violence escalates quickly and may become fatal. No one is immune from domestic abuse. It crosses all racial, socioeconomic, and gender boundaries.
Although debates about the effects and implications of domestic abuse began in the 1800s, it was not until the 1970s that the severity and the frequency of domestic violence and abuse began to be taken seriously. In early history, women were frequently beaten by their husbands as a form of punishment. There were no laws prohibiting this brutality and many people even considered violence against wives to be an act of love. It was commonly believed that a woman had to be kept in line for her own good.
Today, it is understood that domestic violence and abuse is a crime of power. The perpetrator is often insecure and feels that they must control their spouse by instilling fear in the victim. The abuser may utilize a variety of different tactics in order to instill this fear in their partner. Oftentimes, family members and friends of the couple do not realize that the abuse is occurring. The couple may appear to be maintaining a happy and healthy relationship, despite the turmoil taking place behind closed doors.
The victims may work to maintain a charade of happiness because they are embarrassed and ashamed of the abuse that they are suffering. Often, a victim will create excuses for the abuser's behavior and will remain in the relationship for various reasons. Over time a victim of domestic violence will learn that pleasing their spouse spares them pain. The victim will alter their behavior in order to please their spouse and avoid abuse. An individual who remains in an abusive relationship may sustain extensive physical injuries, irreversible psychological and emotional damage, and even death

Looting During the Iraq War