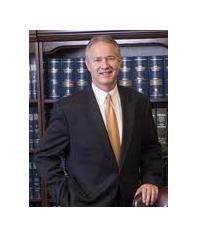 Dallas, TX—To new attorneys thinking of becoming criminal defense lawyers, John Teakell says it's best to start on the other side.  “From my perspective, it would be beneficial to be a prosecutor for at least a short period of time, to get a sense of how prosecution works and what a prosecutor's thought process is,” he told laws.com  in a recent interview.

Teakell knows what he's talking about.  After having a successful entry into the world of criminal law in the state prosecutor's office, he moved on to even greater success by spending over 12 years as a federal prosecutor.  By the time he had spent a large part of his legal career putting people behind bars, he says that he began to consider what his next move should be.

“I enjoyed my time as a prosecutor, but I felt it was time for me to move on,” he explains.  “I got to a certain age, where if I didn't do it, then I worried that I might regret it later on in life.”

Teakell's experience prosecuting drug trafficking cases came in handy when it came time to defend people accused of similar crimes—people who sometimes had no idea that they had been used to traffic drugs until they were arrested.  “About a decade ago, another attorney and I represented a young woman who unbeknownst to her, a 'friend' was using her and her car to transport a significant amount of illegal drugs.” In this federal court case, he successfully got a not guilty verdict for his client. Although this success was a great achievement in his career he says  “each case is different, I don’t guarantee success with all cases ”

Defense attorneys face consistent challenges when trying to work for their clients, and Teakell believes that many of those challenges come from the lack of resources that defense attorneys sometimes have at their disposal.  “Coming up with evidence can be a challenge, even if the defendant claims he or she is innocent,” he says.

While many people may think of criminal defense as a legal area that involves a great deal of trial work, Teakell says that trials are few and far between.  “The vast majority of cases at both the state and federal levels are mostly plea agreement cases, and not trial cases,” he says.  “You have to evaluate every case to see if the evidence is there.”
The proposed sentence in the plea agreement can also make a difference, according to Teakall.  Because federal cases are almost always decided in accordance with federal sentencing guidelines, Teakell says that these cases give attorneys an opportunity to evaluate the risks of trial more clearly: “If there isn't much difference between the offer and the sentence, then it may be worth going to trial—if there is a great difference, it may be an agreement case.”

Regardless of what the prosecution will be using as evidence against his clients, Teakell says that it's critical to make sure that every client is presented with their full range of options.  “Regardless of how weak or strong the government's cases are, I always try to explore other alternatives,” Teakell explains.  “It's always up to the client whether they are going to accept a plea agreement or not.”

Today, individuals facing white collar criminal charges in Texas and throughout the United States look to the Law Office of John R. Teakell  to provide a zealous defense. His practice primarily focuses in criminal law and securities background with over 25 years of courtroom experience. He has a thorough knowledge of both federal and state crimes and both federal and state court systems. To learn more about his practice visit, www.teakelllaw.com and www.txfederalcriminaldefense.com

Possibility of Parole with a Life Sentence