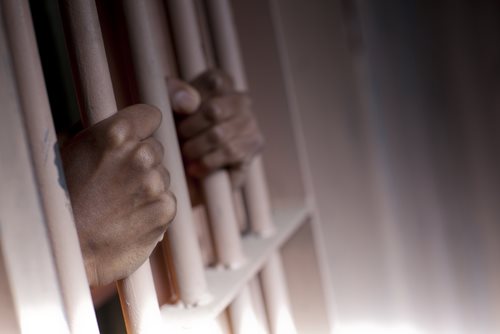 On September 24, 2012, the US Attorney’s Office in the District of New Mexico reported that Jeremiah Jackson of Albuquerque, New Mexico, was sentenced to two concurrent life imprisonment terms for the killing of two women while trying to deter apprehension following a bank robbery.

The details of the crime are as follows.  Jackson robbed the bank located at the corner of Louisiana and Candelaria NE around 10:00 a.m. on April 6, 2010.  He presented a note to tellers and received about $2,400 in cash.  He drove away in a van, but the bank manager caught the license plate number and description of the vehicle before Jackson could get away.

A police officer with the Albuquerque Police Department observed Jackson at a nearby convenience store.  Jackson pulled out the parking lot and knew he was being followed.  A high-speed chase soon followed.  The officer followed Jackson as he exited from I-40 and drove down Coors Blvd and Quail SW, he tried to turn a corner too fast and slammed into a concrete median.

During the trial, the parents, children, and siblings of the deceased victims told the court of the impact of the crimes on the families.  Each family was robbed of their time with the victims, and the judge did not waiver in sentencing Jackson to two consecutive life sentences.

The case was investigated by the FBI and Albuquerque Police Department.  The case was prosecuted by Assistant U.S. Attorneys Presiliano Torrez and Raul Torrez.