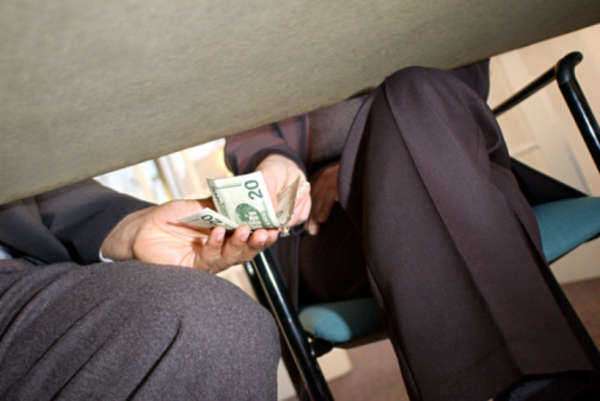 Examples of bribery cases in which individuals or companies used bribery in order to secure contracts or otherwise illegitimately advance a corporation abound. From recent bribery cases involving Siemens AG to the 1976 Lockheed bribery cases that led to the inception of the Foreign Corrupt Practices Act, one can find numerous examples displaying both how damaging such bribery cases can be and how important it is that bribery laws be implemented to prevent such bribery cases from occurring in the future.
One such relatively recent bribery case is that of former Representative William Jennings Jefferson of Louisiana. Jefferson was accused of corruption, of taking bribes from a private company in order to advance their interests illegitimately. This is a very basic example of bribery, when a company bribes a public official in order to gain a significant advantage over its competitors. Jefferson took at least $100,000 in bribes and aided a tech company named iGate, Inc., illegally with his political power.
Specifically, Jefferson was to both recommend iGate’s technology to the U.S. Army and to convince officials in Nigeria, Ghana, and Cameroon to employ it as well. Jefferson was even recorded as saying that he would need $500,000 to give to Nigerian Vice President Atiku Abubakar in order to ensure that they could gain contracts in Nigeria.
Jefferson was eventually indicted and convicted of 11 of the 16 corruption charges against him. He has since been sentenced to 13 years for bribery, which is the longest sentence that has ever been given to a Congressman for bribery charges. This, at least, is a case where the bribery laws of America worked very well to successfully strike down an individual guilty of bribery.
Another notable example of a bribery case is that of Siemens AG and its violation of the U.S. Foreign Corrupt Practices Act in bribing foreign officials for contracts. Siemens, a German company, was accused of paying $1.36 billion in bribes to numerous government officials all over the world. To do this, Siemens had to use numerous illicit methods of payment, including creating slush funds, mischaracterizing bribes, and giving “kickbacks”.
Siemens operates in America and was, therefore, charged under the Foreign Corrupt Practices Act, even though Siemens is technically a German company, in an instance where bribery laws were used to successfully prosecute a non-native company. Siemens ultimately settled, agreeing to pay $800 million as a fine for having violated anti-bribery laws. It will also be heavily monitored to ensure that it continues to comply with anti-bribery laws.
This second example is significant because it is likely the most common form of bribery case that is brought up. Companies bribing officials in foreign nations for government business contracts is an all too common form of corruption, even more than individual political representatives misusing power, considering that many companies the world over would likely perform such practices, especially in developing nations.
But every time another company is caught and forced to pay a heavy price for its wrongdoing, the situation becomes a little bit more hopeful. After all, if enough companies are caught and the penalties are severe enough, then perhaps most bribery will be eliminated purely through discouragement.

Man Gets Life in Prison after Life of Violence