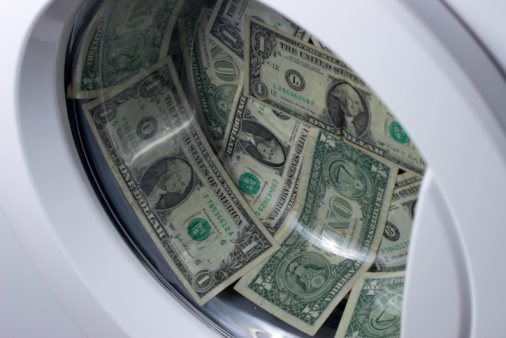 What is Money Laundering?
Money Laundering is classified as a financially-based criminal act that is employed in order to purposely conceal, misrepresent, and disguise all applicable nature or details with regard to financial income in the form of monies. Money Laundering can be instituted in order to attempt to hide the source of generation of a particular flow of income or to mask the process of the spending of monies. Furthermore, Money Laundering can be utilized in order to mislead investigations involved in the determination of the particular spending pattern or trend with regard to an individual or entity. While Money Laundering is not specific to commercial activity, it most commonly takes place within the scope of business activity.
Types of Money Laundering
The laundering of monies can take place for a variety of reasons. The following are the most common reasons and methods of Money Laundering:
A ‘dummy corporation’ can be established in order to misrepresent financial activity with regard to a business or commercial operation. Eponymously, a ‘dummy corporation’ maintains the façade of a legitimate business complete with reports of income, revenue, and spending in order to fabricate commercial activity. Subsequent to the establishment of this type of Money Laundering methodology, monies acquired by means which suspects wish to keep hidden can be filtered into the dummy corporation. This filtering simulates the circulation of monies. However, the monies in question are rarely ever spent, but rather circulated in order to illustrate legitimate financial activity.
Strategic banking activity in the form of deposits can be another method employed by individuals laundering monies. Large deposits submitted to financial institutions can be considered by industry standards to be signs of Money Laundering activity. Many money launderers attempt to substantiate the source of their income through both illegitimate and legitimate operations in order to avoid any allegations or convictions with regard to a Money Laundering charge.
Offshore Accounts are a means employed by many money launderers, which involves financial deposits of laundered monies into bank accounts existing in other countries or nations. As a result, the financial activity is typically impervious to American legislation unless an expressed agreement or investigative permission has been granted to law enforcement agencies existing within the United States.
Investment Money Laundering is a type of fraudulent endeavor in which an individual or entity may choose to invest in a business or commercial endeavor whose production, revenue, or solvency is difficult to trace. This can occur as a result of a lack of documentation, case-by-case sales, or an absence of uniform commercial activity.
Arrest Process for Money Laundering
Individuals who have been served documentation in the form of an arrest warrant displaying a Money Laundering charge, or have already been arrested by law enforcement agents, are encouraged to cooperate with the arresting officers regardless of personal belief with regard to the charges. Individuals under arrest will be given the opportunity to consult with legal specialists subsequent to the arrest process. Resisting or fleeing from a Money Laundering arrest can result in harm, injury, and additional penalties. Upon arrest, an individual should be made aware of the following in order to prevent any further complication(s):
Habeas Corpus
Due Process
The Presumption of Innocence.
Upon the arrest for a Money Laundering charge, this is the standard arrest protocol that must be upheld by any and all arresting officers. Miranda Rights include the Fifth Amendment, which states that an individual retains the right to remain silent in order to avoid incriminating themselves. This is also known as ‘pleading the Fifth’. In addition, Miranda Rights also guarantee the following rights with regard to an arrest:
The right to remain silent
The right for any words spoken during the arrest to be admissible during a trial
The right to consult with an attorney regardless of financial stature
The acknowledgement that the individual arrested for the Money Laundering charge understands the aforementioned rights.
The Preparation of a Money Laundering Defense
Individuals are encouraged to consult with attorneys specializing in criminal law and, if possible, those who focus on Money Laundering legality, financial law, business law, and defense. In the construction of a defense, the individual may be asked to provide the nature of the Money Laundering in question, any included threats, the biographical information with regard to any and all victims, any previous arrests and/or convictions, evidence and witness testimony, full account of the details surrounding the event in question, and the arrangement for bail or bond.

Crushing Animals to Death – A Story of Unspeakable Cruelty, Sexual...

The Issue of Valuable Personal Property and Larceny