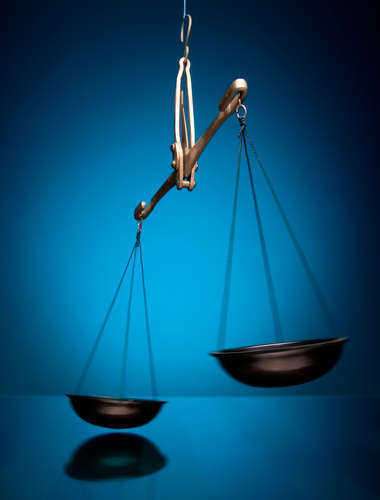 What is a Legal Judgment
A judgment is the formal decision made by a judge or court after a lawsuit. At the same time the court make a judgment, they also may make a variety of court orders, such as giving a solution or remedy for a plaintiff in a civil matter, or imposing a sentence upon a defendant who is guilty in a criminal matter. A judgment states what party wins a case and what remedies they are rewarded, such as money damages or injunctive relief. A judgment also indicates the end of the court’s jurisdiction.
Under the rules of civil procedure which govern practice in most state courts and federal courts in the United States, the entry of judgment is the last and final order entered by the court, leaving no additional action to be taken with respect to the issues argued by both parties to the lawsuit by the court. With only specific exceptions, final judgment is the only judgment subject to an appeal.
A judgment from a court must be in writing and must show clearly that all the relevant issues have been discussed. It must also specifically the for and against parties, and any monetary judgments must be definite, explained with details, and expressed in words instead of numbers or figures. Any judgments regarding real property must also contain explicit descriptions of the realty in question.
After court makes a judgment, it has to be dated and docketed with the administrator’s office of the court.  A court can amend its judgment in order to fix ambiguities or inaccuracies that may cause misunderstanding, such as erroneous inclusions, or omissions. However, new parties cannot be added into the lawsuit through an amended judgment. According to the Federal Rules of Civil Procedure, a judgment can be amended by a motion served within 10 days after the judgment is first entered.
Different types of judgments are given depending process the court uses to make the final decision. There are different types of judgments:
Consent decree: A binding, final judicial judgment or decree which memorializes a voluntary agreement made between parties to a suit in return for the end of civil litigation or the withdrawal of a criminal charge or an end to a civil litigation. Typically, the defendant has already ceased conduct or agrees to cease the activity alleged by the plaintiff. A consent judgment also can memorialize the payment of damages. Consent judgments are most commonly used in family and criminal law, but can also be used in antitrust law.
Declaratory judgment: A judgment in a civil case that declares the duties, obligations, or rights of at least one party in a dispute. This judgment is legally binding, but does not order a party of to complete any. A declaratory judgment is usually distinguished from an advisory opinion since the latter does not resolve a controversy or actual case. A court can issue a declaratory judgment by itself or with some other form of relief.
Default judgment: A binding judgment in favor of one party based on a failure to take action by the opposing party. Typically, it in favor of a plaintiff if the defendant has not acknowledged or responded to a summons or has not appeared before a court of law. The failure to take action in court is the default. The judgment is the relief asked for in the in the party’s original petition, so initial pleadings tend to be extremely exaggerated.
Summary judgment: A determination made by the court without a full trial. In the United States, a summary judgment can be awarded before a trial by the court, effectively stating that a trial is unnecessary. This is often the result of a court finding that there are no disputes between the parties about the material facts and when looking at these facts, one party is clearly entitled to receive the judgment in their favor.
Vacated judgment: A judgment that makes a previous legal judgment void. This judgment is typically an appellate court’s judgment which reverses, sets aside, or overturns the lower court’s judgment.

Understanding the Element of Asportation