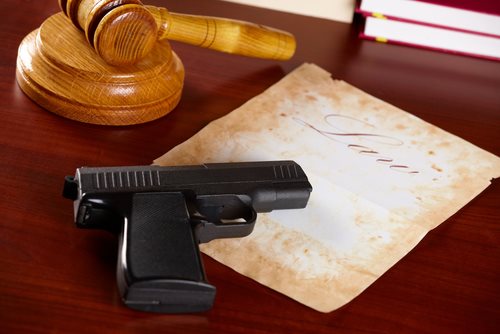 On October 1, 2012, the U.S. Attorney’s Office for the Northern District of Texas announced that Phillip Monroe Ballard—an inmate at the Fort Worth Federal Correctional Institute—was charged for soliciting a murder-for-hire.  Ballard was charged for trying to hire an outside party to murder U.S. District Judge John McBryde in the Northern District of Texas.

According to the FBI, Ballard was incarcerated in Fort Worth for tax charges and was set to go on trial before McBryde on October 1, 2012.  The case was cancelled on September 28, 2012, and Judge McBryde withdrew from the case.

According to the complaint, an inmate at FCI Fort Worth was approached by Ballard earlier in September.  Ballard has specific requests for killing Judge McBryde because he was going to prison on tax charges.  Ballard believed Judge McBryde would sentence him to over 20 years in prison, so he asked the fellow inmate if he knew anybody on the outside.  Unknown to Ballard, the inmate was working with the FBI and the inmate told Ballard he in fact knew someone on the outside.

Ballard told the inmate that he would pay $100,000 to have Judge McBryde killed so his case would be transferred.  Ballard gave specific instructions.  He said he wanted Judge McBryde killed with a high caliber rifle, and even offered a backup plan to plant a bomb in the judge’s vehicle.

The inmate gave Ballard a letter from an undercover agent who was posing as the killer.  The letter stated the job would be fulfilled if Ballard transferred $5,000.  On September 26, 2012, Ballard requested that the $5,000 be sent to the address of the undercover agent.

Examples of Governmental Bribery You Should Know