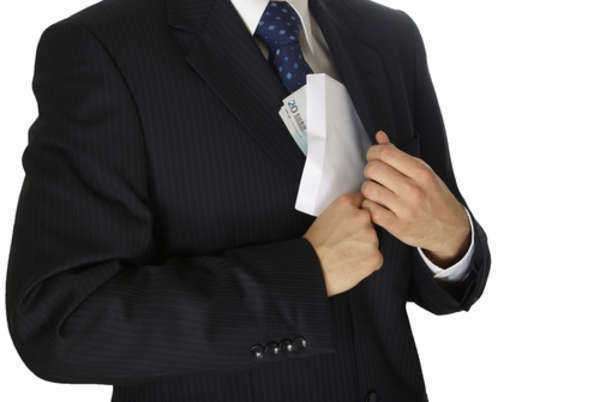 In regards to sports, there is one primary type of corrupt controversy that occurs more than any other: match-fixing. Match-fixing is in total violation of any kind of sports ethics, as it is rather undeniable that an ethical sports match involves a competition in which the opponents start off equally, and the ending is not predetermined. Match-fixing does just that, it ensures the results of the competition prior to its start. There are no Federal laws which stand in the way of such match- fixing, but internal, organization bribery laws certainly exist to prevent this type of unethical bribery in sports.
Bribery is the proper way to describe match-fixing because the only real benefit for match-fixing comes from whatever bribe may be offered. Most times when matches are fixed in some fashion, the fixing provides some sort of benefit completely external to the match itself. A simplistic example would be if an athlete or competitor were offered money to throw a race, ensuring that another athlete would win, but there are other examples as well, taken from controversies throughout the history of sports.
A recent example comes from the 2002 Olympics, when the French judge allegedly gave the Russian figure skating pair a higher score than the Canadian pair, even though the Canadian pair, by all accounts, put on a better performance. The French judge allegedly did so in order to secure a better score for the French competitors in the ice dance competition a few days later. She was suspended for misconduct and the Canadian pair had their silver medals upgraded to golds, but the incident stands out as a major violation of sports ethics in recent times.
Match-fixing can potentially create trouble with the law, although not from bribery laws as one might expect. Instead, match-fixing is often implemented in order to control gambling and can even result from attempts at extortion. The importance of match-fixing practices to gambling is quite high, as tremendous profits can be made from a successfully fixed match. Needless to say, however, such practices violate sports ethics entirely.
Many sports groups have banned all gambling on their sporting events in an attempt to eliminate the potential for match-fixing originating from such a source, essentially implementing their own versions of anti-bribery laws. These restrictions on gambling are generally effective at limiting the extent to which participants are influenced by gambling.
There are other forms of bribery that produce much controversy in the world of sports. These include such acts as bribing in order to obtain athletic franchises, or in order to ensure that a given competition, like the Olympics, will take place in the bribers' city. There are also instances of bribing those who normally interact with the sport in a support role to tamper with important elements of the sport, and thereby bring about a desired result.
All of these acts, though very unethical by the standards of sports ethics, are not necessarily illegal unless they blatantly endanger the lives of individuals. This is the result of the American Government being unable to extend its jurisdiction into such private affairs as sports with its bribery laws. But for the most part, the sports organizations themselves are capable of enacting their own bribery laws in order to police their own systems.
While match-fixing still takes place even today, the highly increased restrictions against it have reduced its prevalence to the periodic controversy, as opposed to the constant violations of sports ethics that characterized sports in ancient times. Nonetheless, bribery can still throw any given sport into disarray.

What are the State Variations of General Robbery

The Meaning of Assault and Battery